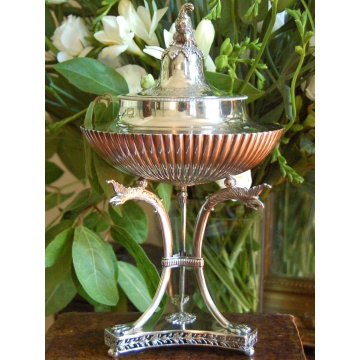 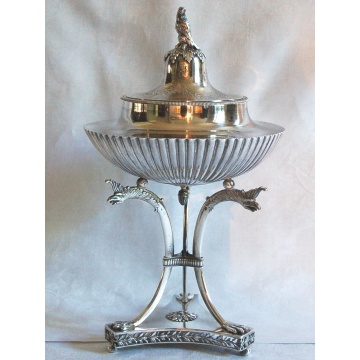 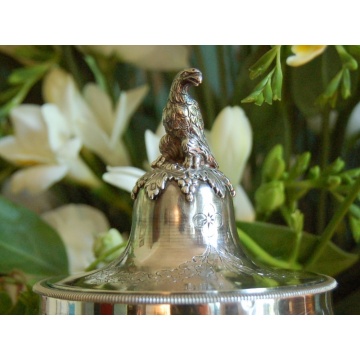 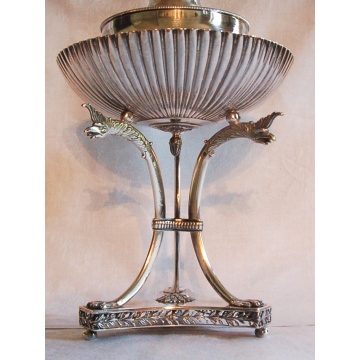 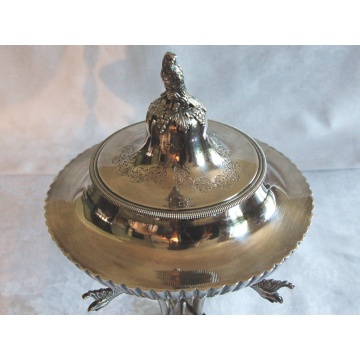 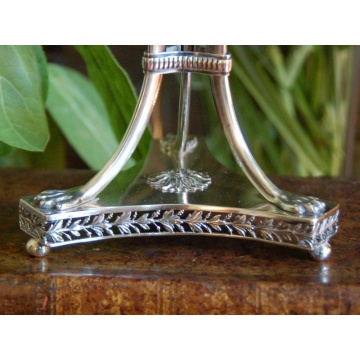 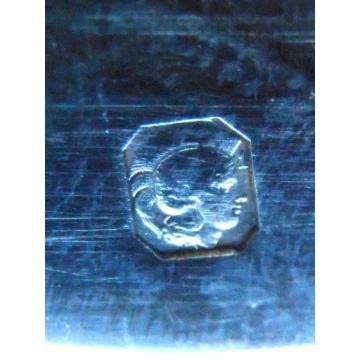 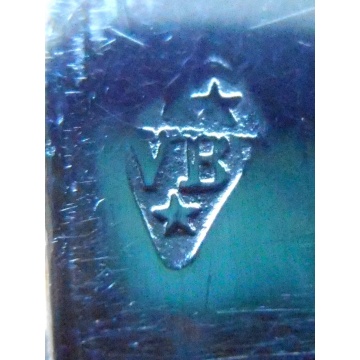 In France we call them ‘Drageoir’ or ‘Confiturier’ – But the only official name is a ‘Confiturier’ (Hence a Jam container), and it turns out that, originally, they were only thought of, and used, as Ceremonial Sugar Bowls.

This gorgeous ‘Drageoir’ showcases a trilobal pedestal resting on silver pearls and on a beautifully carved out olives leaves terrace.
The terrace has also shows a lovely sunflower center.
The three delicate feet rest on lions paws, but are topped by ‘Chimera’ eagle heads which support the main bowl.
The eagle’s feathers are actually acanthus leaves and beautifully detailed.
The eagle heads support the main Drageoir bowl which is lined with gadroons and shaped as a ‘vasque’ or cauldron.
The lid is just beautiful! Dome shaped, it has a gorgeous seated Bold Eagle resting on the top as a Finial, on a crown of acanthus leaves and vine grapes.
The remainder of the lid is delicately carved with a rare oak garland which fans out with the edges carved out with a dainty gadroon design.

This piece is just breathtaking!
No loses, no marks, just BEAUTIFUL!

The Makers Mark is for Victor BOIVIN. It shows a V and a B with a crescent and two stars.
His first Mark was registered on February 1881 soon after his father left the trade; his second mark was registered in 1897.
His shop was located first at 5 Rue de Montmorency in Paris.
The BOIVIN’s received several medals for their work during the 1867 and later the 1889 Universal Fairs in Paris.