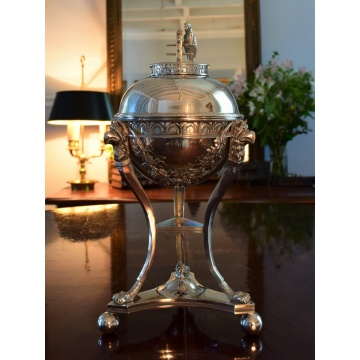 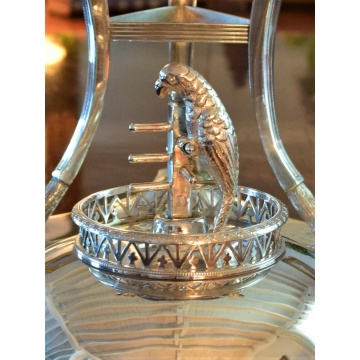 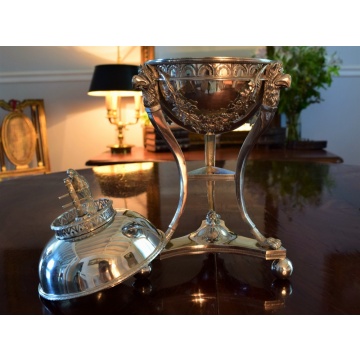 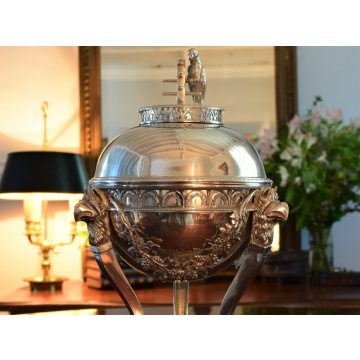 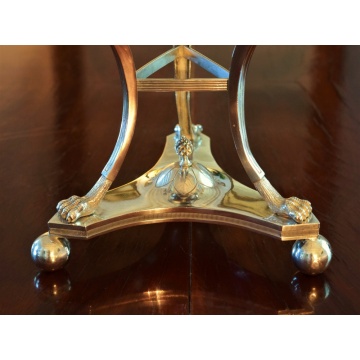 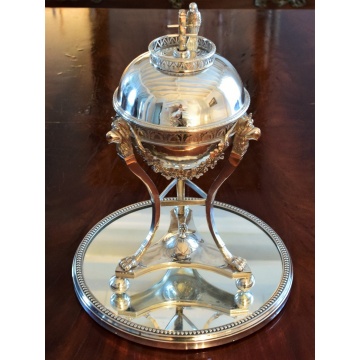 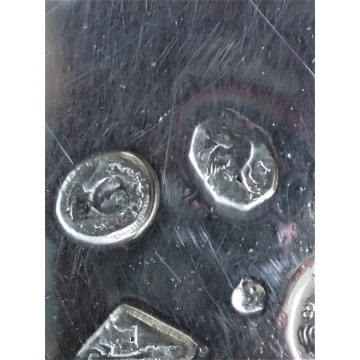 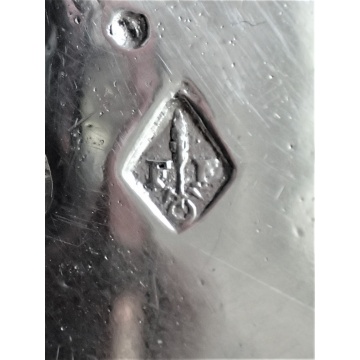 Spherical in shape, this majestic Sugar Bowl, rests on three claw feet joined by a triangular terrace topped by a berry resting on a crown of etched leaves.
The Griffin head-shaped tripod supports an openwork garland of grapes and vine leaves.
The domed lid is bordered by a frieze of palmettos and ends with a terrace surrounded by a cut-out gallery.
The finial is striking and very whimsical! It is shaped as a parrot resting on its perch. The gorgeously chiseled parrot can actually move around on the perch…
The bowl of this beautiful and substantial Drageoir is in solid Silver.
The whole piece is marked throughout.

The Griffin theme is quite rare in this format.
This fabulous animal is usually represented with a lion’s body, as well as the head and wings of an eagle. Among the ancient Greeks, griffins were supposed to be the guardians of the treasures of the earth. The Ancient Egyptians assimilated the Griffin to Pharaoh the Warrior.
The very strong symbolism of the griffin, which combines the qualities of the lion (king of the animals) and the eagle (king of the air), meant that very quickly this fabulous animal was associated with the figure of Christ: God and man, king of heaven and earth. The eagle symbolized the divine part of Christ and the lion his human part. Throughout the Middle Ages, the griffin was the symbol of the resurrection of Christ.
In the Middle Ages, the griffin was not considered a legendary animal, it was real and appeared in encyclopedias. It is also one of the symbols of Christ, the lion for his humanity and the eagle for his divinity. As the griffin is a protective animal, it is said to be the guardian of the Holy Grail. Knights will also use this animal as a symbol on their coats of arms, for its strength and nobility.

A rare piece to be found, the sheer size of it speaks for its rarity.

The Hallmark is Poinçon au 1er Coq for Paris 1st Title Silver (950/1000) from 1798 to 1809.
The Drageoir also bears the Mark of the ‘Jeannette révolutionnaire’ (on the left hand side of the Hallmark, photo # 7) from the association of the Paris Silversmiths during the years 1794-1797. which could indicate the object was started earlier then 1798.

The Hallmark if for François Froment and shows his 2 initials surrounding an ear of wheat resting on a crescent.
His Mark was registered in 1801 and canceled when he passed away in 1806.
François Froment was the founder of the House of Froment Meurice.