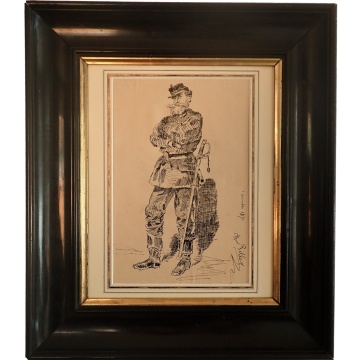 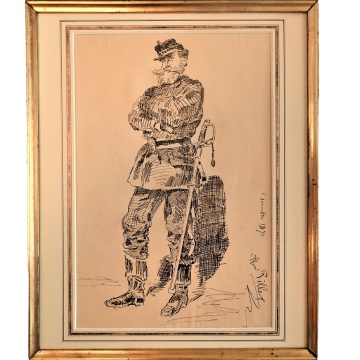 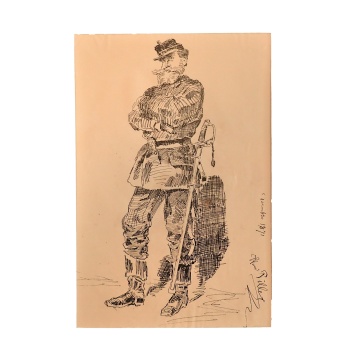 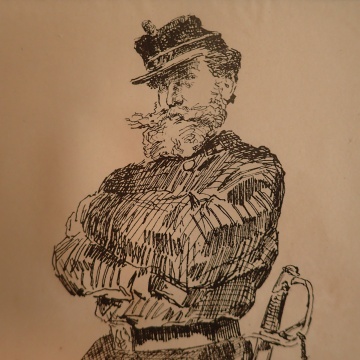 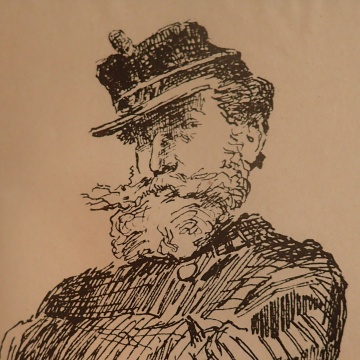 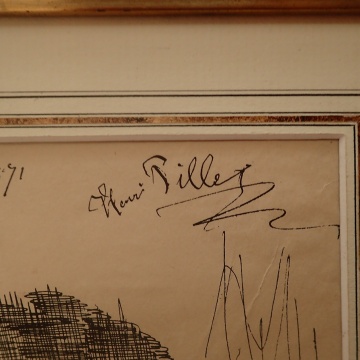 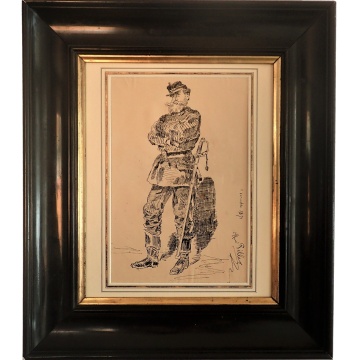 Stunning Ink Drawing Of A French Corporal By Henri Pille

A Stunning Ink Drawing of A Corporal In The ‘Intanterie De Ligne’ during the 1870-1871 Franco Prussian War by Charles Henri Pille.

Line Infantry and Line refers to the classic infantry units, usually riflemen, that fought in line formation and made up the center companies of a battalion.
The Franco Prussian War, fought against the rising German Empire, resulted in the defeat of France and the loss of Alsace Lorraine from 1871 to 1914.

Charles Henri PILLE was born in 1844 in Essomes Sur Marne and studied Art under Felix Joseph Barrias.
Quite talented he submitted his first painting to the Paris Salon in 1865. In 1869 he went on to win a first Gold medal from the Ministry of the Emperor’s household and Fine Arts.
Twenty years later he was given a Gold medal at the 1889 Paris Exposition.

His work was often historically related.
He was particularly known for his watercolors and Ink or his pencil drawings.
He made numerous illustrations for magazines and newspapers and was a favorite of the Art Community of Montmartre.
Vincent Van Gogh, having met him in 1875, was a fan his and repeatedly expressed his admiration for his work
Henri PILLE was awarded the Legion d’Honneur in 1882 and was elected President of the Society of Illustrators.
He passed away in Paris in 1897.

Pille was known for his many drawings of War and his painstaking recreation of the armies’ uniforms.
The Ink drawing is beautiful and signed on the bottom right.
It is also dated December 1891.
It was part of the wonderful Jacques and Colette Ulmann collection of drawings which sold earlier this year.