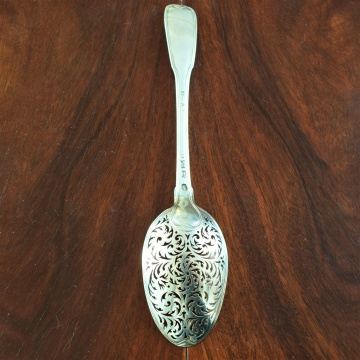 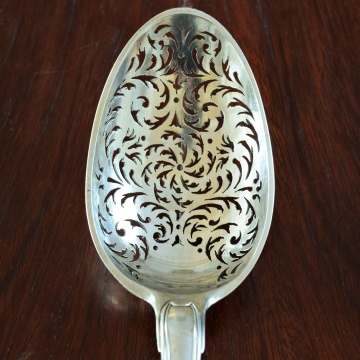 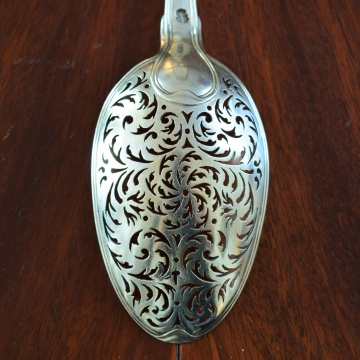 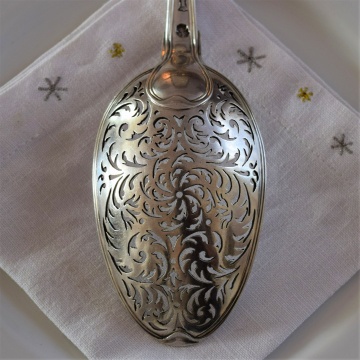 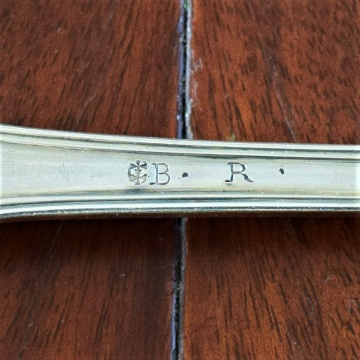 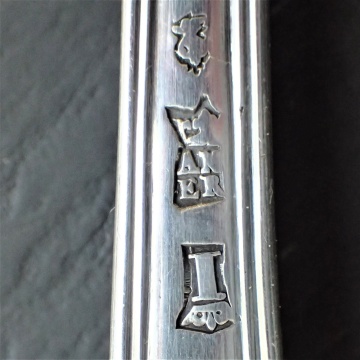 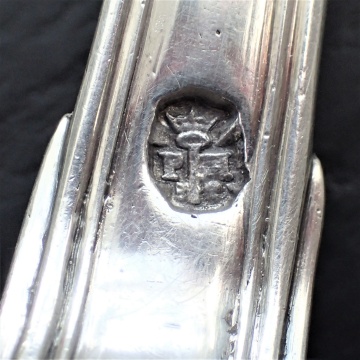 The work is gorgeous and the piece is in beautiful condition.
The Olive Spoon was very much appreciated in the South of France for obvious reasons and became a gift of choice.
It also indicated wealth as olives were a delicacy and rather expensive if bought to be eaten whole. Hence owning an Olive spoon showed one’s status…
Contrary to the smaller olive spoons later on sold as part of service sets, these were done to stand out alone and hence were quite long and heavy as indicated above.
The width given above is that of widest part of the spoon itself.

We are here dealing with Poinçons Aux Fermiers Généraux – Or Old Regime Marks pre dating the French Revolution:
Starting with photo number 6: we have the Charge Mark for Angers: It shows ANG and below ERS topped by a crown, which was used starting 1750
Right above you can see the Discharge Mark used starting October 1750.
Photo 6 still you will have the crowned I for the Poinçon de Jurande used in Angers for the years 1754 to 1755.
Hence our spoon was sold between 1754 to 1755, during the reign of Louis XV.

The Makers Mark, shown photo number 8 is for Angers Maitre Orfèvre Pierre II Hugé
Pierre II Hugé registered his mark (his 2 initials surrounding a Crowned Key with a star underneath the H)
He was the son of Pierre Hugé and Marthe Amyraut and was born on December 12th 1717. He married Marguerite Carton.
He would go on to apprentice under his father in law Olivier Destriché for 8 years, before registering his own Mark on October 8th 1742.
He passed away and was burried on March 30th 1765.