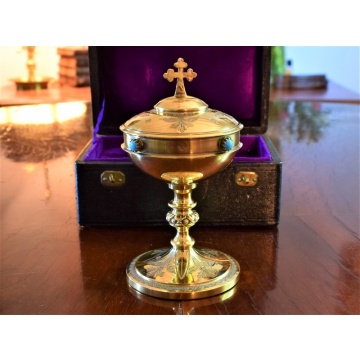 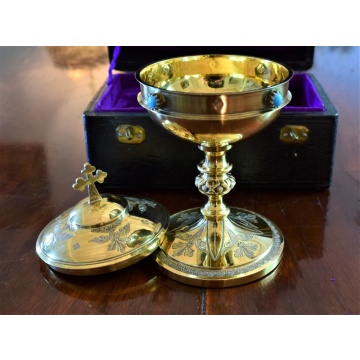 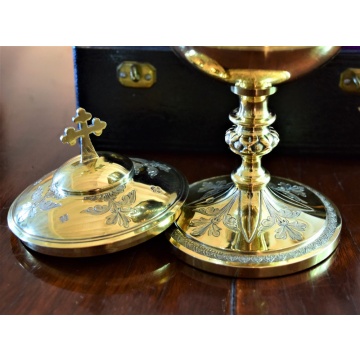 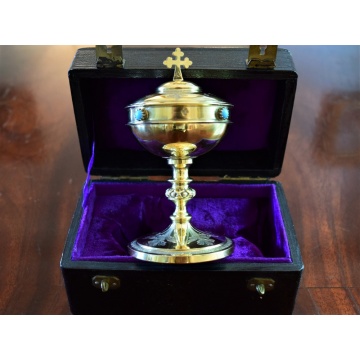 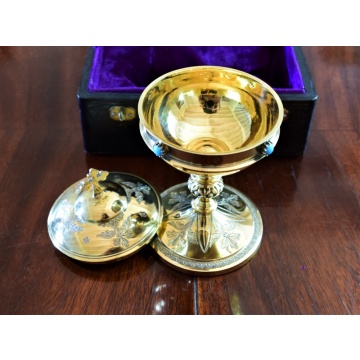 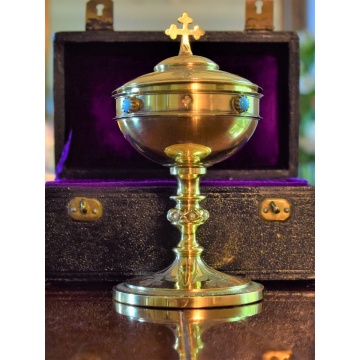 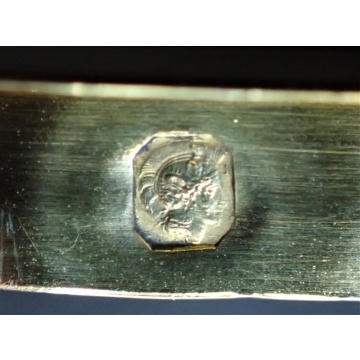 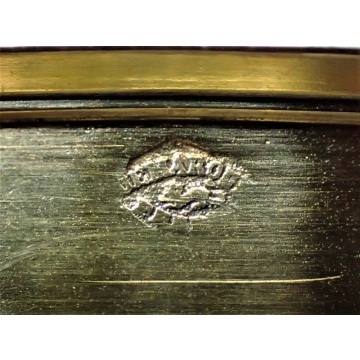 Also called a ‘Traveling Ciborium’ or ‘Pyx’ or again ‘Ciborium of the Sick’, it has a round vessel, closed off by a lid topped by a silver cross, and was used to bring the Blessed Sacrament to the sick.
Its use as a travelling vessel commanded its smaller size.

Our Ciborium is typical of Demarquet Frères’ work. With beautiful Gilt decorated with 4 turquoise pearls on the side of the cup.
The lid and pedestal show lovely guilloche work with acanthus leaves and tiny rosettes.
It comes it its original presentation box which is in wonderful state.

The Makers Mark is that Demarquet Frères.
The shows the last name separated from Frères by a salamander.
Their mark was registered in Paris, 1868 and cancelled in 1890.

Their main production were religiously related Items which grace many museums today.