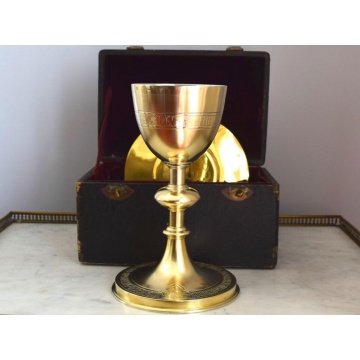 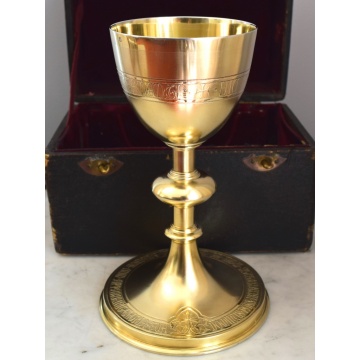 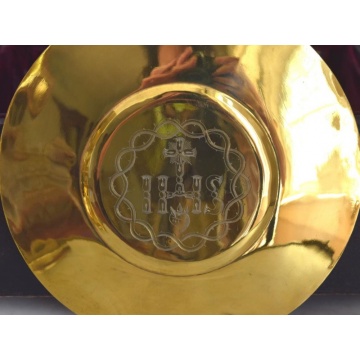 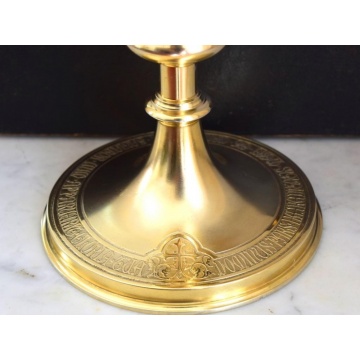 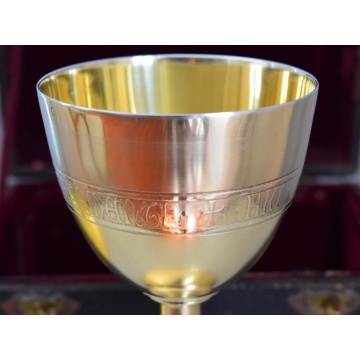 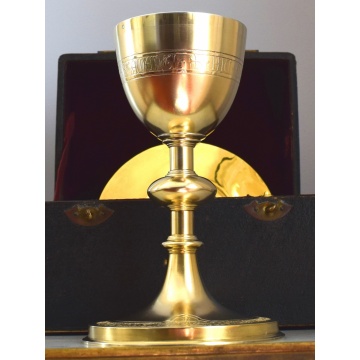 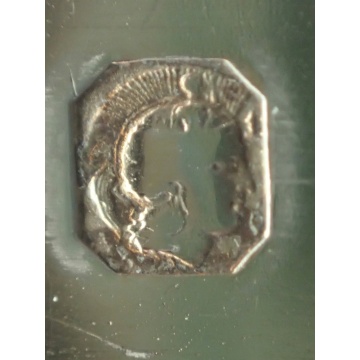 Above the base is the stem. Almost all chalices have a raised knob, on the stem. This practice also arose out of Catholic doctrine about the importance of not spilling the sacred wine.

Above the stem, is the bowl. The bowl is divided into two parts.The upper part of the bowl, or the rim, is required to be unadorned.
On our chalice the Tulip shaped Cup holds an inscription in the middle:
‘Hic Est Enim Sanguis Meus Novi Testamenti’
‘This Is The New Covenant Of My Blood’

While often, only the part that touches the sacrament is made from precious metals, in the case of our chalice, the whole piece is entirely made of solid silver and completely gold washed.

This beautiful piece comes in its original box, from Edmond LESAGE.

The Makers Mark is that of Maitre Orfèvre Edmond LESAGE
His mark shows his two initials separated by a Coachman holding up a whip.
His mark was registered on June 16th 1890 and Cancelled on December 16th 1927.
His workshop was located 67 Rue Feron in Paris.
The Mark on the Patena is too worn to be legible.