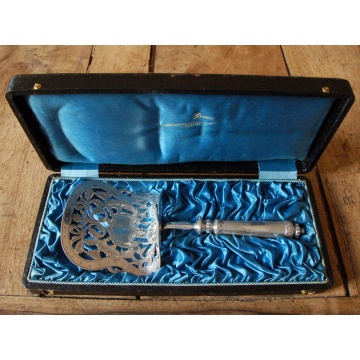 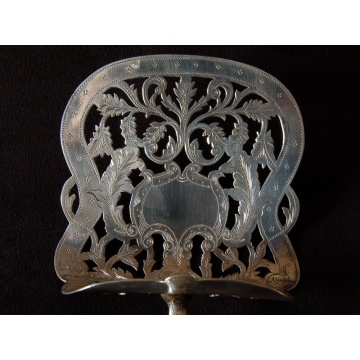 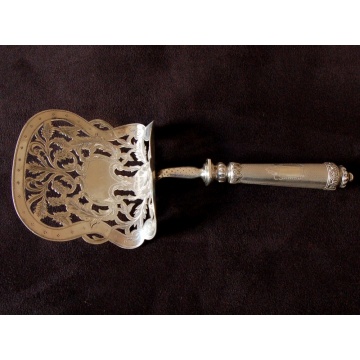 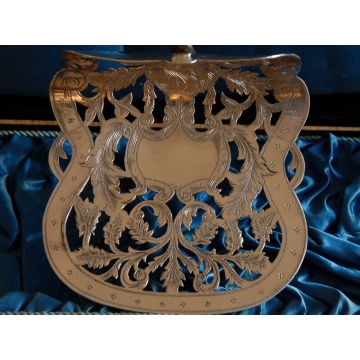 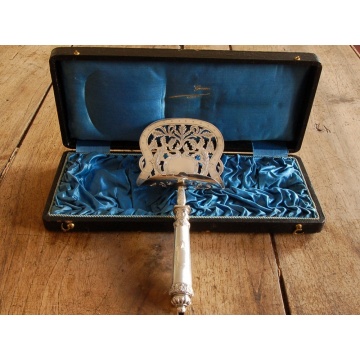 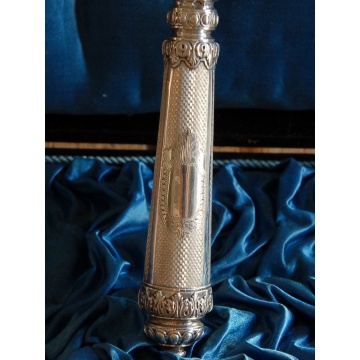 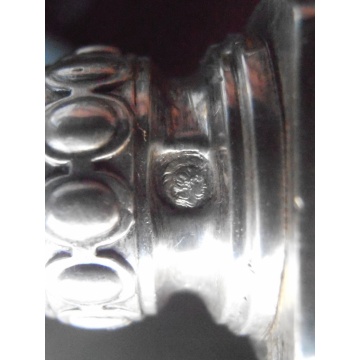 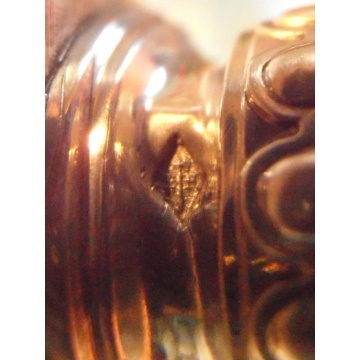 A Gorgeous Antique French Silver Asparagus Server by ‘Maitre Orfèvre’ François Louis HALLADE.
A lovely example of one of the 19 century most used item for service. The Asparagus was ‘the’ vegetable to be served during dinners, and several implements were invented specifically for that use.
You may have seen on our website another type called ‘Main Pince’ or Asparagus Tongs. In this case it is the more used Asparagus Server.

The server’s scoop has lovely details with cut out floral and foliage scrolls decorating its surface in an exquisite pattern . The center holds a medallion still waiting for the initials of the future owner!
The Renaissance style handle itself is a beauty! Delicately decorated in ‘Guilloché’style with acanthus leaves around the top and lower edge, it is finished by a rounded knob.
Here again we can find a medallion waiting to be engraved with the owners initials.
This lovely piece comes in its original presentation box, which is in great condition.
The Asparagus server itself is in perfect condition, no marks, no dents, no losses. Just gorgeous!

The Makers Mark is for is for ‘Maitre Orfèvre’ François Louis HALLADE
His Mark shows an F and an H separated by a Halberd. He registered his mark on November 29th 1856, and held his trade at 201 Rue St Denis in Paris.