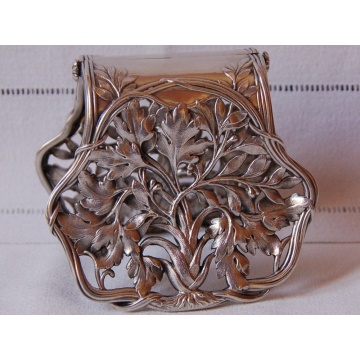 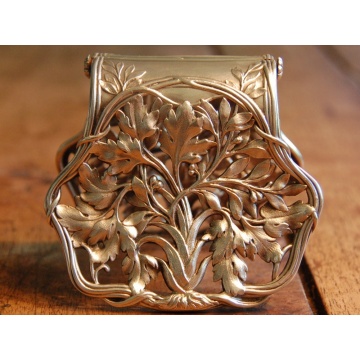 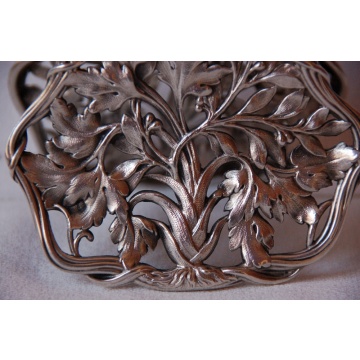 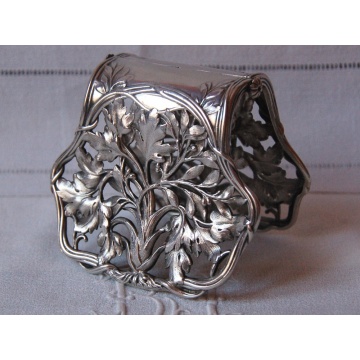 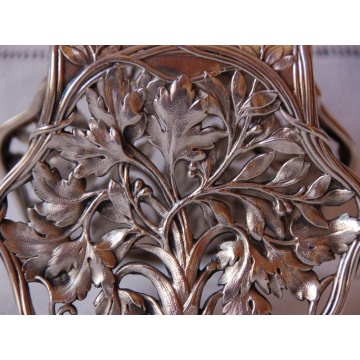 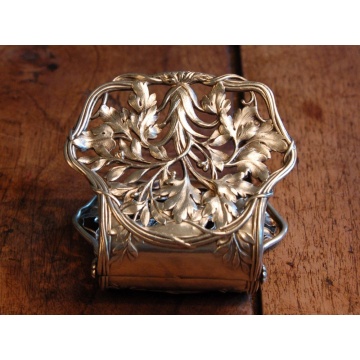 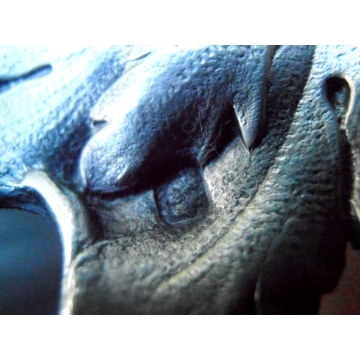 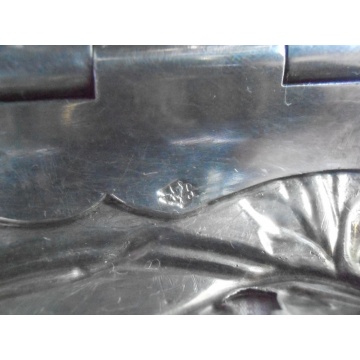 It is a ‘Main Pince’ or Silver Asparagus Tongs that was created by Maitre Orfèvre Alphonse DEBAIN in Paris.
He became quite known and specialized in this Asparagus Tongs’ model (the Main Pince) which was actually discussed in the official publications of the Exposition Universelle De Paris in 1889 and registered under a patent!
His work with Art Nouveau pieces is quite exquisite and you will see quite a few of his little marvels in our collection.

The tongs shown here have a beautiful ‘Repoussé’ detailing that showcase a full grown Celery Plant (Called Ache in older times)in its center.
The gorgeous cutaway work shows in great details the veined branches and the central stalk, as well as the leaves that are highlighted by an ‘Amati’ carving.
Usually the plant of choice would have been an acanthus plant, but here Debain chose the more intricate celery stalks to great effect!
It is one of the few existing of that model and work on it is just breathtaking in its purity!