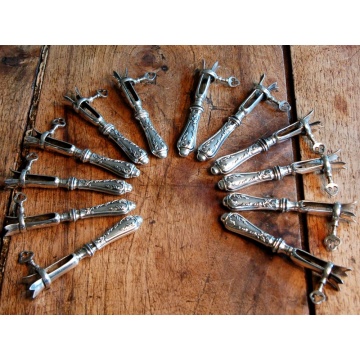 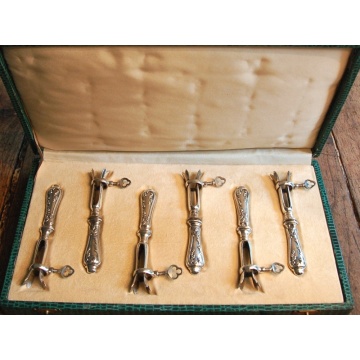 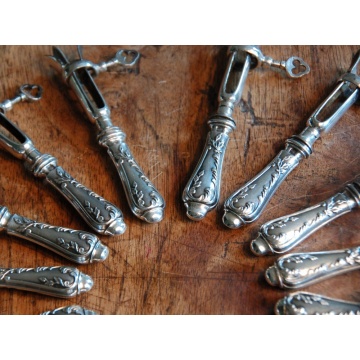 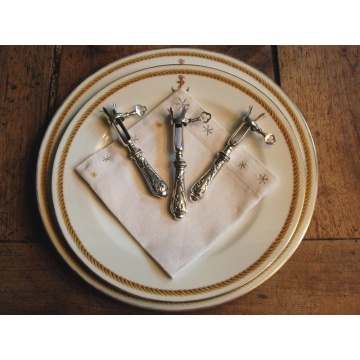 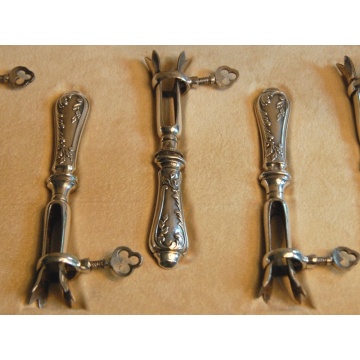 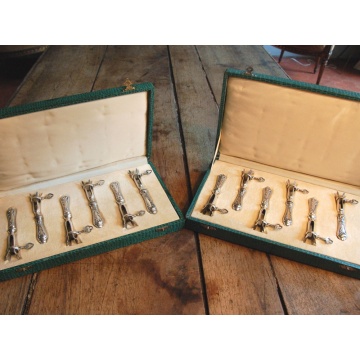 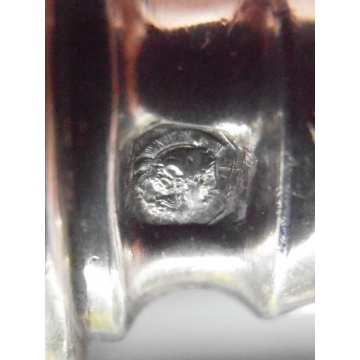 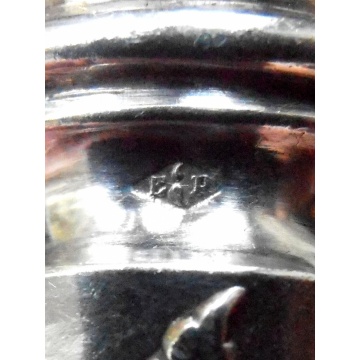 They are charmingly decorated in Louis XV Rocaille Style with delicate floral scrolls on the handles.
They are part of all these implements that were created to facilitate meals and particularly to avoid to the diner participants any occasion to dirty their hands while dining….
Hence the little clamps would be fitted in the kitchen onto the bone of the cutlet and screwed tight, so the guest would simply have to pick up the handle and tranquilly, as well as cleanly, enjoy the little cutlet!

Some of you maybe more maybe more familiar with the Leg of Lamb holder which is often part of a meat carving service set, but we really love this smaller version presented during meals for lamb cutlets.

The pieces are in perfect condition and come in their presentation box which is in fine condition.

The Makers Mark is for Émile PUIFORCAT, and was registered in 1857; it features an E and a P separated by a standing feather.
The mark is still so famous it does deserve a bit more explanations:
Émile PUIFORCAT inherited the business from his uncle Jean Baptiste FUCHS who specialized in flatware in the early 1800s. Émile Puiforcat moved from the offices of his uncle right next door at number 18, then 16 of Rue Chapon. While he died in 1883, his mark was kept by his successor as well as his grandson Jean, who passed away in 1945.
Until the 1880 the House of Puiforcat remained in the flatware business, but expended into the larger pieces to include presentations plates and platters.
Though very praised for its craftsmanship PUIFORCAT never participated in the Fairs that did so much for the Silver business in the 1800. The house continued on through the years and was finally bought by Hermes in 1993.