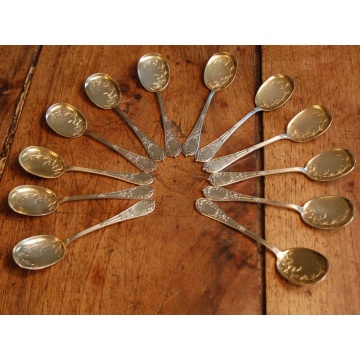 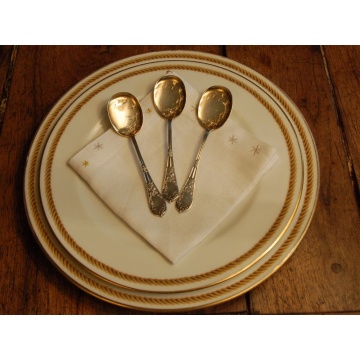 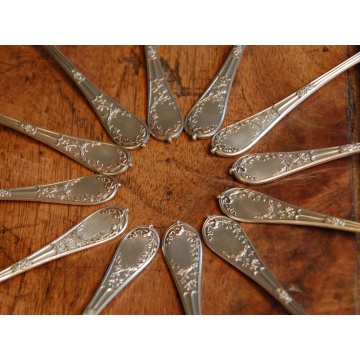 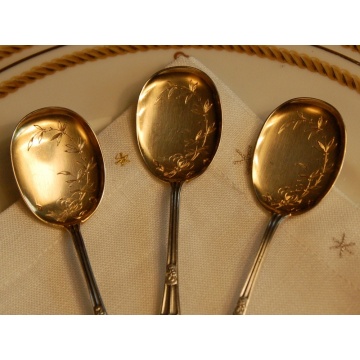 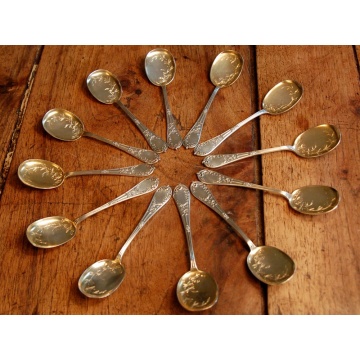 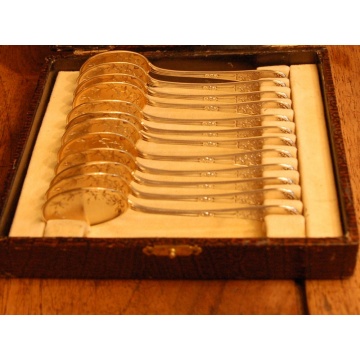 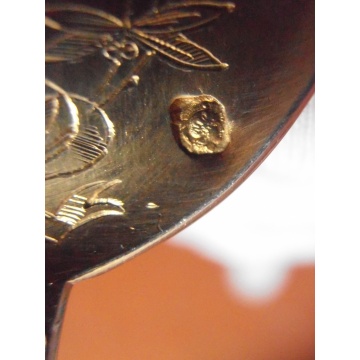 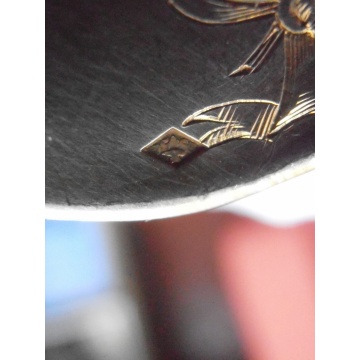 This lovely set of 12 spoons is done in the Louis XVI style, but shows a ‘Japonisant’ (or Japanese style) trend in the floral carvings of the spoon bowls.
The bowl of the spoons are worked with both silver and Vermeil or 18 carat gold in order to create more contrast and showcase the dainty branch tied by a flowing ribbon which is etched on them.
The handles adopt the same branches on the sides with a little ribbon curling upwards.

All pieces are in great state!
A charming find!

The Makers Mark is for ‘Maître Orfèvre’ Paul CANAUX & Cie.
It shows a P and a C followed by cie, with an Anvil underneath.
The company followed Paul CANAUX’s original endeavour, and registered its mark April 12th 1892 and cancelled it on July 20th 1911.
He stayed at his previous address 30 boulevard Malesherbes in Paris until 1899 and then moved to 127 Rue de Turenne.