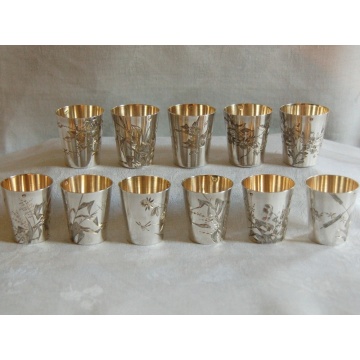 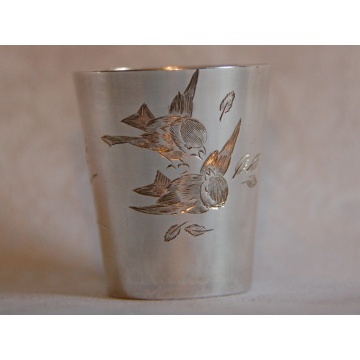 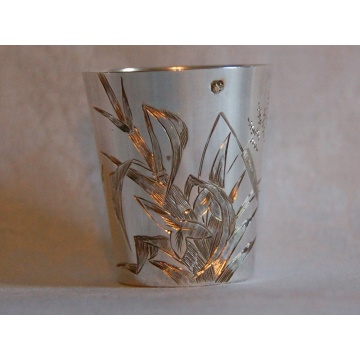 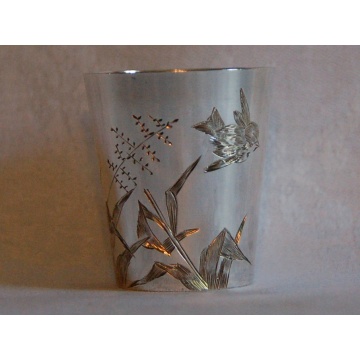 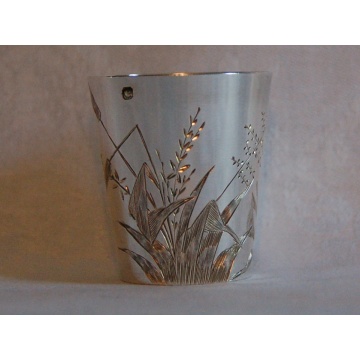 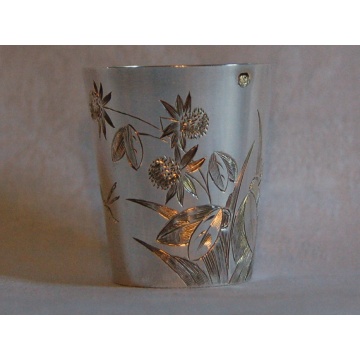 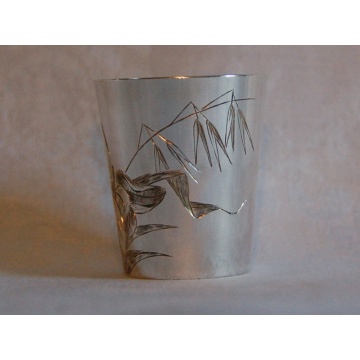 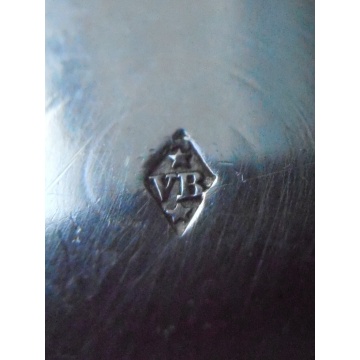 This set is the perfect embodiment of the ‘Décor Japonisant’ or ‘Japanese Style’ designs which became quite fashionable towards the latter part of the 1800s.
Each little glass is delicately engraved with a different scene all pertaining to plants, birds and even tiny dragonflies!

On one glass you can witness the fight between two blue tits with feathers flying, while on another one reeds sway gently in the breeze while a dragonfly buzzes by…
Hawthorne flowers and branches adorn a third one, while a tiny mosquito cruises by a periwinkle branch!
A bamboo stretches its shade over a tiny robin…
All in all just sheer loveliness; with each tiny glass showing intact 18 carat gilt interiors.
They are quite heavy and are great to hold.

There is a total of 10 glass and we are adding an 11th one in the same model!

The Makers Mark is for Victor BOIVIN. It shows a V and a B with a crescent and two stars.
His first Mark was registered on February 1881 soon after his father left the trade; his second mark was registered in 1897. His shop was located first at 5 Rue de Montmorency in Paris.
The BOIVIN received several medals for their work during the 1867 and later the 1889 Universal Fairs in Paris.