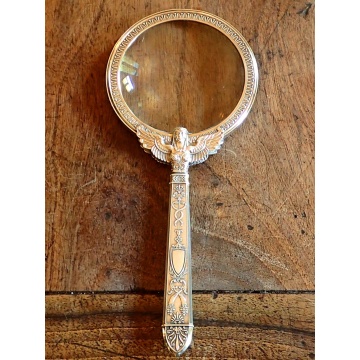 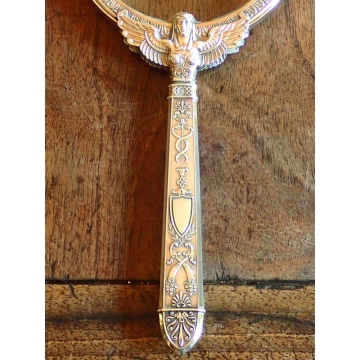 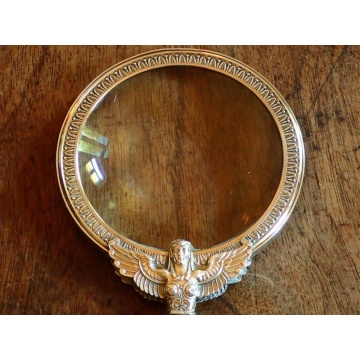 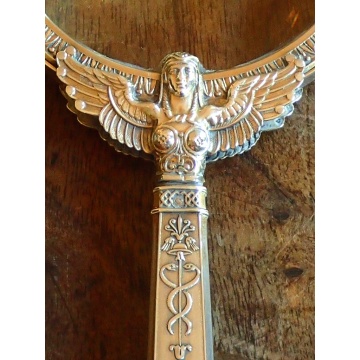 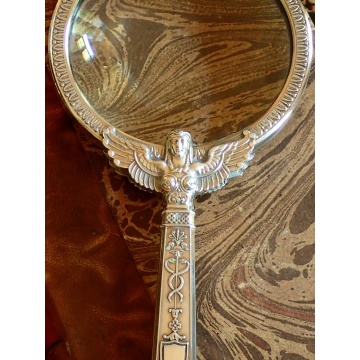 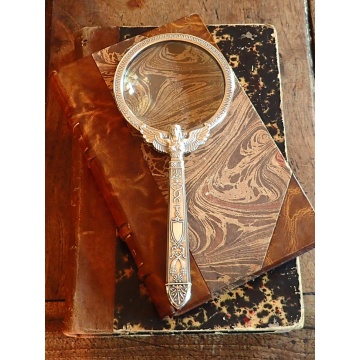 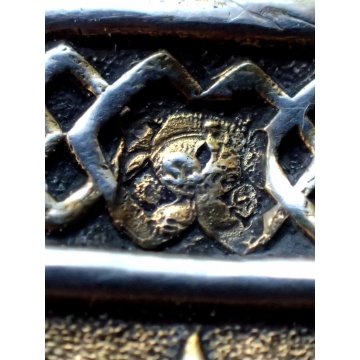 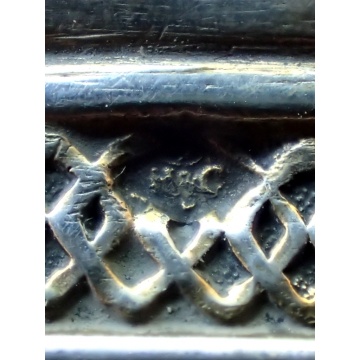 It used freely symbols from the Ancient Egypt in its decoration and more particularly Sphinxes and Pharaohs as well as different Gods taken from the Egyptian Mythology.

In the case of our charming Magnifying Glass we have the symbol of the winged Sphinx in its Feminine form with the traditional royal stripped head cloth or Némès.
The Handle is decorated with a caduceus and entwined cornucopias.
The Glass itself is surrounded by a laurel leaf wreath.

The glass has a very tiny mark but is otherwise in perfect functioning condition!
A fun piece to showcase in your home!