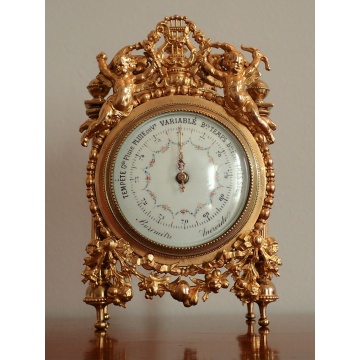 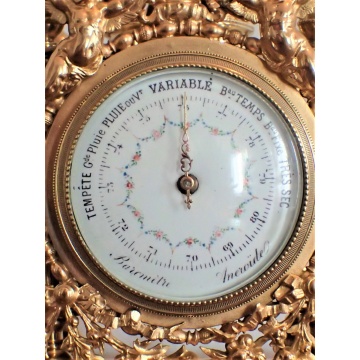 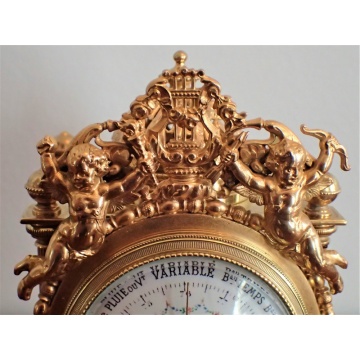 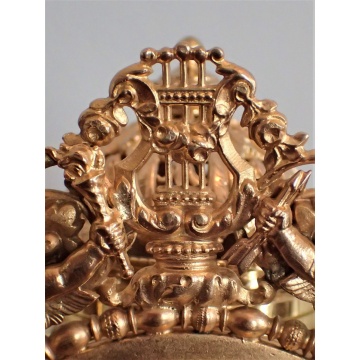 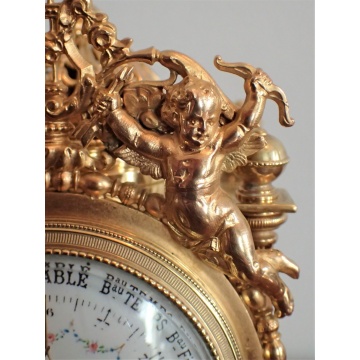 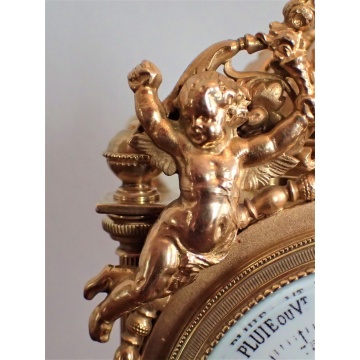 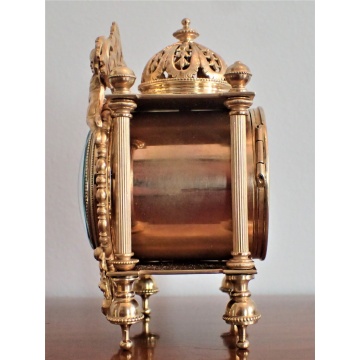 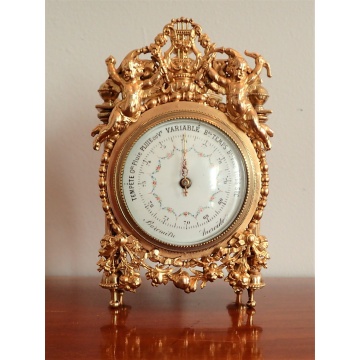 A Lovely Aneroid Barometer worked in beautifully gilded bronze or Ormolu, in the Louis XVI Style.
The face of the Barometer is done in enamel with delicate rose garlands decorating the dial.

The Cylindrical case is framed by four delicate carved columns. The Upper level of the Barometer is decorated with two flying putti holding up for one a bow and arrow and for the other a flaming torch.
They surround a lovely Lyra design, and hence feature an Allegory for the Love of Arts.

The lower part is features garlands of fruits and flowers.
The dial is inscribed in French and the pieces dates to the very end of the 19th Century.

An aneroid barometer is an instrument for measuring pressure as a method that does not involve liquid. Invented in 1844 by French scientist Lucien Vidi, the aneroid barometer uses a small, flexible metal box called an aneroid cell (capsule), which is made from an alloy of beryllium and copper. The evacuated capsule is prevented from collapsing by a strong spring. Small changes in external air pressure cause the cell to expand or contract. This expansion and contraction drive mechanical levers such that the tiny movements of the capsule are amplified and displayed on the face of the aneroid barometer.

It is truly a charming piece and in working order even if its decorative option is sufficient in itself!