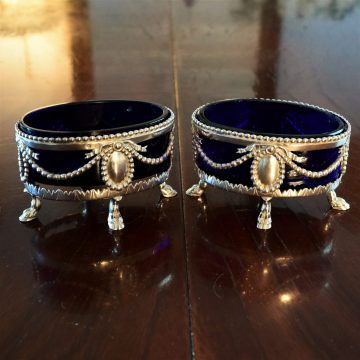 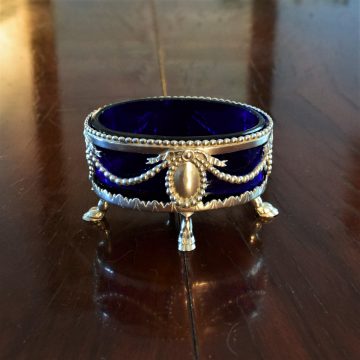 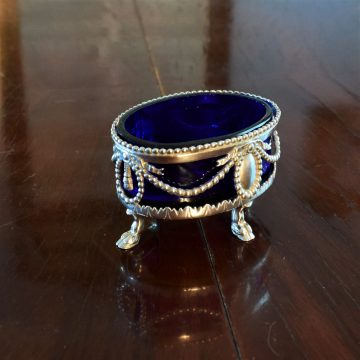 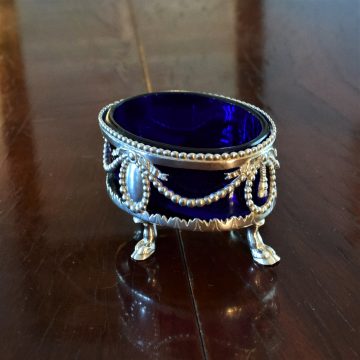 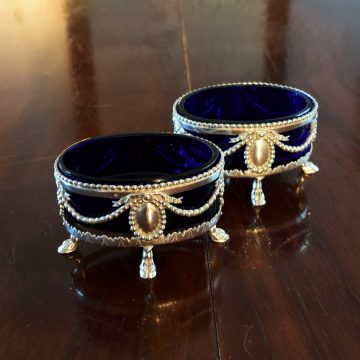 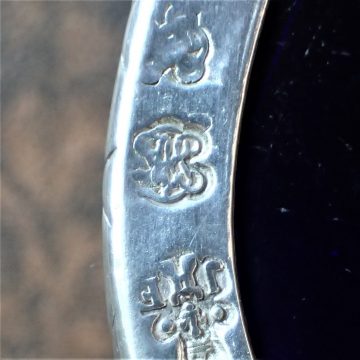 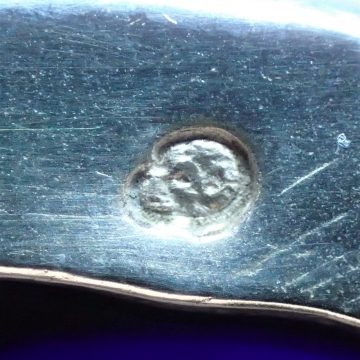 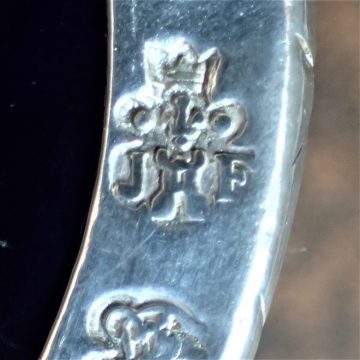 The bodies are decorated by garlands of silver pearls and medallions topped by flowing ribbons.
The body of the two cellars rest on four little silver hooves.

The two cellars are in good condition, with no scratches or marks.

The Marks are Fermiers Généraux (Old Regime – prior to the French Revolution):

Photo # 7:
We have the Discharge Mark used by Jean Baptiste Fouache starting November 18th 1774, until July 12th 1780, when he was followed by Henri Clavel.

Photo # 8:
We have the JF Mark with a crowned fleur de Lys, and a Tower symbol separating the letters, registered by Jacques Favre on May 7th 1773, in Paris and used until May 1780.