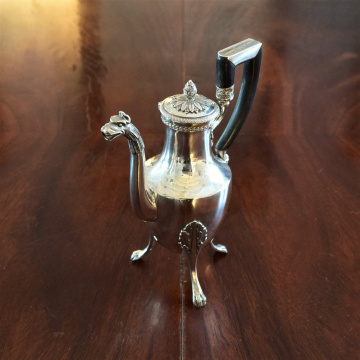 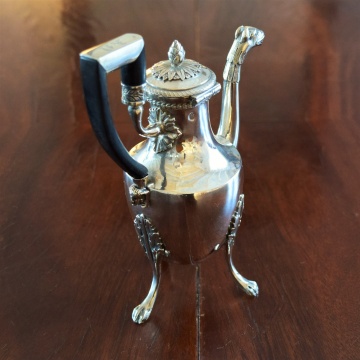 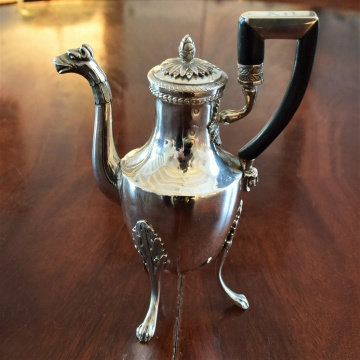 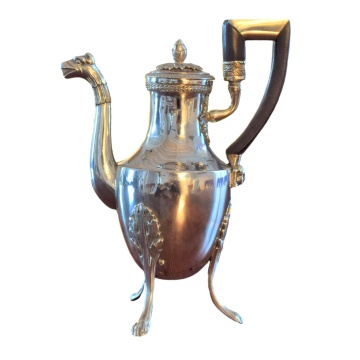 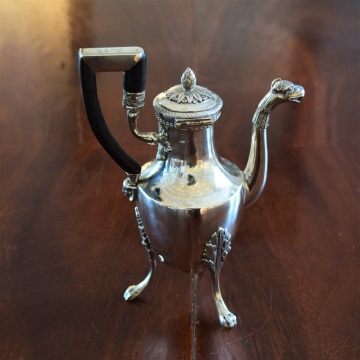 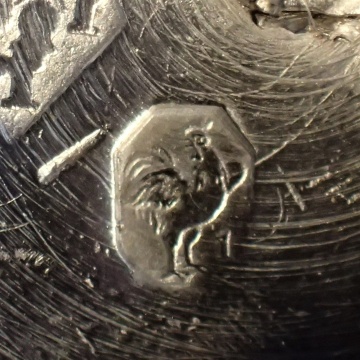 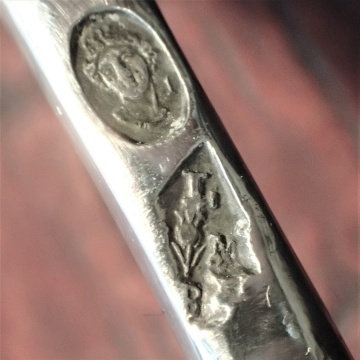 This lovely piece is baluster shaped and stands on three claw feet attached to the body by an acanthus leaf.
The raised ebony handle is finished with a silver monogram on top while it attaches to the lower part of the body with the most amazing silver head of a Pharaoh…
The piece was done during the Napoleon the First’s Egypt Campaign which heralded an amazing infatuation with everything ‘pharaonic’!

The lid is topped by an acorn resting on a terrace of laurel leaves and rosettes.
The spout is in the shape of a lioness’ head.

The Hallmark is very interesting….
It shows the 1er Coq Hallmark for 1st title French Silver (950/1000) Paris 1798/1809.
But it also shows the 2nd Jeanette Mark for the Association of the Goldsmiths used from 1794 to 1797 before the Marks were allowed once again after the end of the French Revolution.
It shows the head of a woman with a 1 on her right hand side.

The Makers Mark is for Maitre Orfevre Louis Joseph BOUTY known as Milleraud Bouty Pere.
Who had registered his first Mark prior to the French Revolution in 1779, at the age of 47.
He then re registers after the French Revolution ends in 1798.
His Mark shows the initials L J M B surrounding a Lily of the Valley.
His workshop was located 47 quai de l’horloge in Paris.