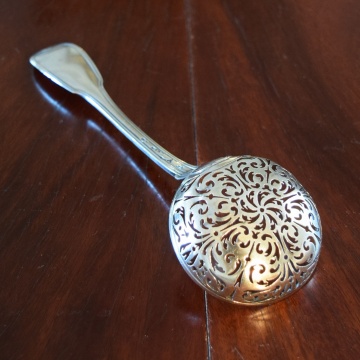 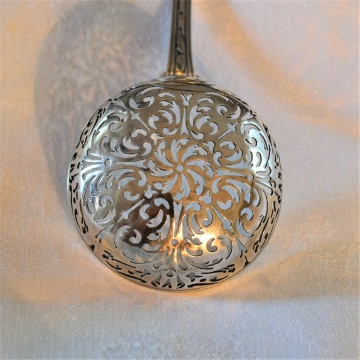 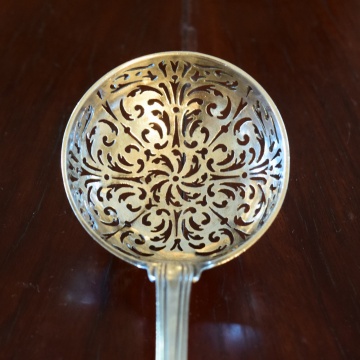 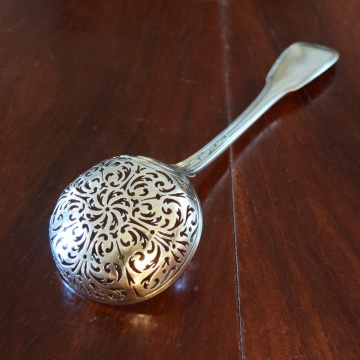 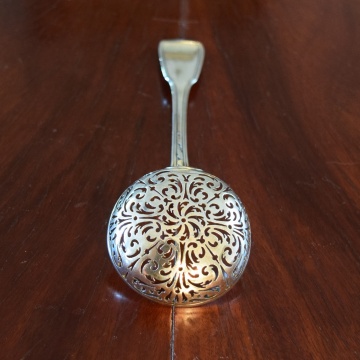 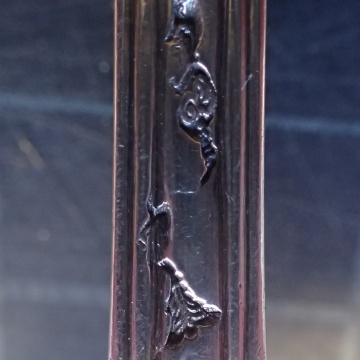 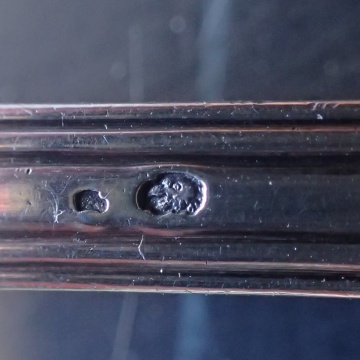 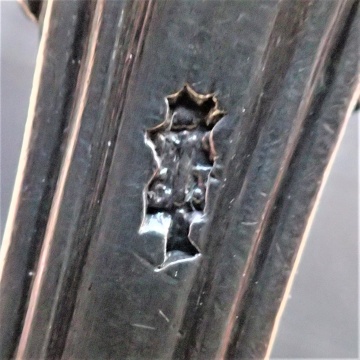 The bowl of the spoon is in beautiful ‘repercé’ motif showing a Rose Window cut out, in the Model #2 used in Paris.
The center decorated with a tulips swirl while the rest of the bowl is decorated with acanthus, cornflower and tulip motifs.
The end of the handle shows a simple double line.
The work is extremely refined and the piece is in very good condition.
It is just a perfect design. Typical of the early to mid-18th century.
The width given above is that of the spoon’s bowl.

The Hallmarks are under the Fermiers Généraux régime:
Photo # 6: On the upper part you have the Crowned P Poinçons de Jurande or Lettre Date 1785 Mark used under Fermier Général Henri Clavel.
We also have on the same photo the crowned A used under the same Henri Clavel as a Charge Mark starting August 31st 1782.

Photo # 7: You have the Eagle face used as a Discharge Mark starting March 7th 1786 under Henri Clavel.

Photo # 8: Shows the Makers Mark for Louis Julien ANTHIAUME who registered his mark in Paris on September 6th 1779.
His Mark shows his initials topped by a crowned Fleur de Lys, with a Royal Wand underneath.
He was the son of Jacques Anthiaume who taught him his skills.