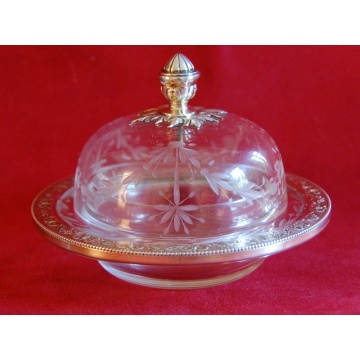 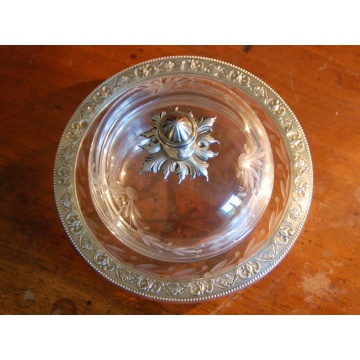 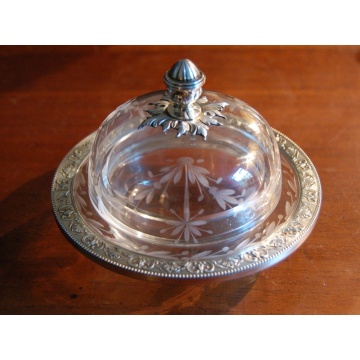 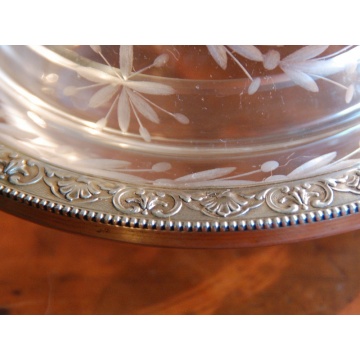 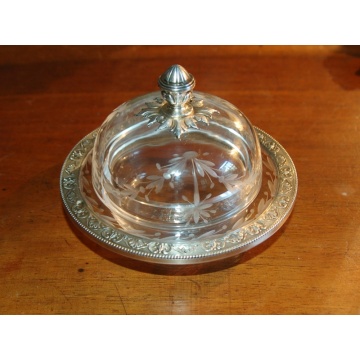 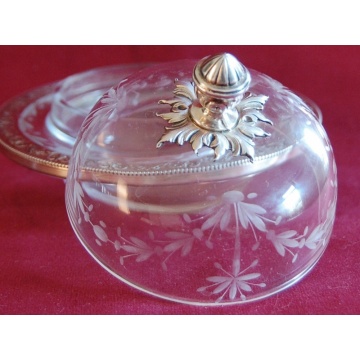 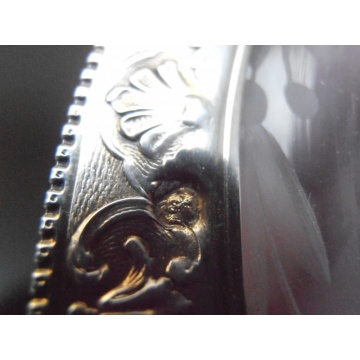 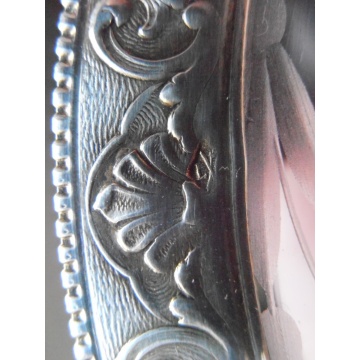 The piece outlines the refinement the table attained in the mid to late 1800s.
The Crystal is beautifully worked into a slightly dipping plate and is cut with floral designs and Laurel garlands. The edges of the dish are circled in silver, delicately carved with seashells and floral scrolls, ending on the edge by a row of silver pearls.

The Crystal butter dish itself is part of the presentation plate.
The cover of the dish is in crystal and worked with the same floral garlands cut into the crystal. The Finial or ‘Fretel’ is in solid silver silver and represents a little nut, resting on a crown of acanthus leaves.

This lovely butter dish can be also be used to serve caviar, or even marmelade!

The Makers Mark is for ‘Maître Orfèvre’ Louis COIGNET and shows and L and a C separated by a crossed carving fork and knife set.
He took over in 1889 from his father Charles Alfred COIGNET.
Louis COIGNET’s mark was registered in 1889 and cancelled in 1895.
His address was listed as 14 rue Barbette in the 3rd arrondissment, very close to the Rue Vieille du Temple in the Marais district of Paris.
COIGNET’s own son would later take over and even receive a Silver Medal in 1905 for the excellency of his work.