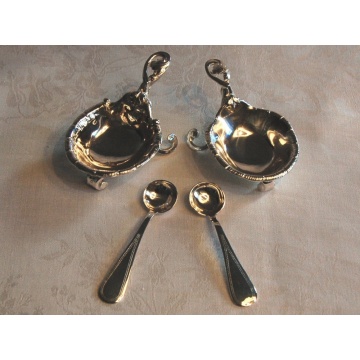 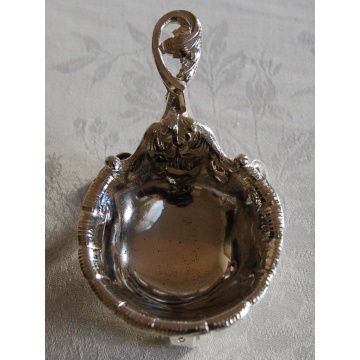 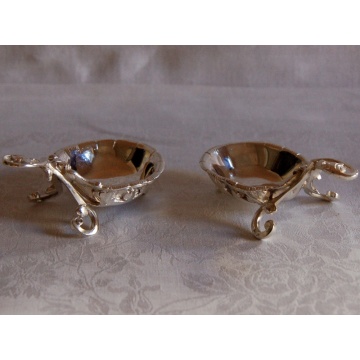 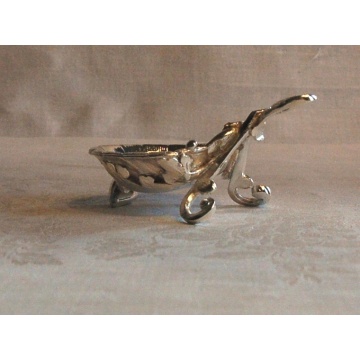 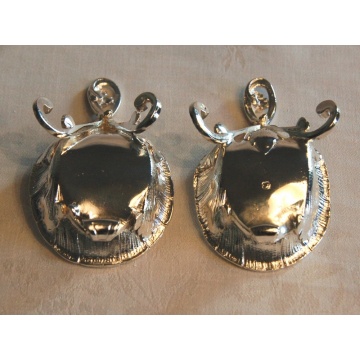 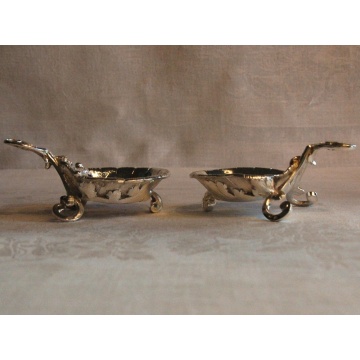 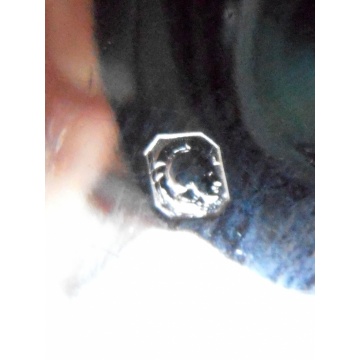 These two little cellars make us believe that instead of being 2 salt cellars, they are indeed one for salt and one for pepper, due to a slight difference in size.The salt one is very slightly bigger.
They feature delicately rendered seashells that are actually the salt cellar, with a tiny handle created by an acanthus leaf scrolls swirling around.
The swirls continue on the reverse of the cellars, and acanthus leaves also decorate the sides of the cellars.
They come with their little silver spoons.

A sincerely charming pair!
They are in very good condition.
The length of the cellars is 3.3 inches
The spoons measure 3.1 inches

The Makers Mark shows the two names FROMENT & MEURICE written out in a lozange form, separated by a rosebud.
The name deserves some explanations:
François Désiré Froment was born to a modest silversmith called François Froment, who died
in 1803 shortly after Francois Desire’s birth.
His mother went on to remarry Pierre Jacques Meurice who opened shop in 1811 at the
Arcade St Jean close to the Hôtel De Ville in Paris.
After finishing school François Désiré studied silver under Lenglet, from whom we feature
items on our website, before settling with his stepfather. In 1828 his stepfather gave over the
business to him.
In 1839 he changed his name to Froment-Meurice and changed his mark to reflect this in
1840.
After changing his name Froment Meurice took part in the International Fair or 1839 and
received two silver medals for his work. He went on to become Louis Philippe’s main Master
Silversmith and worked for the City of Paris as its official silversmith. In 1844 and 1849 he
would win gold medals for his achievements. He died in 1855, shortly before the next
Universal Exposition, at the height of his fame.