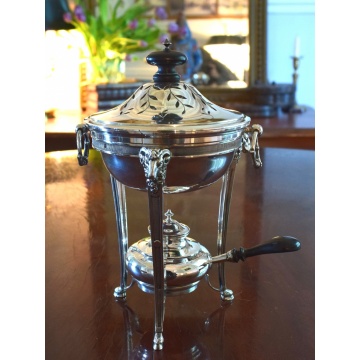 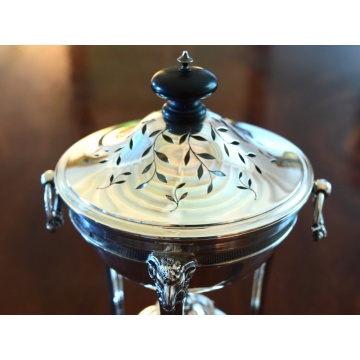 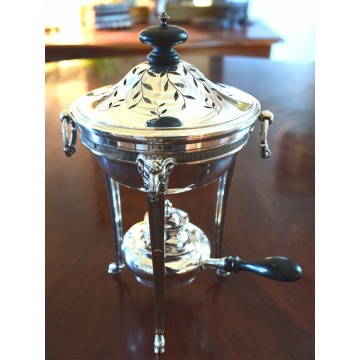 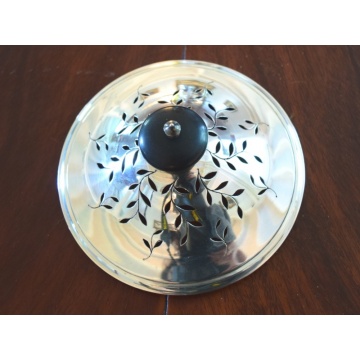 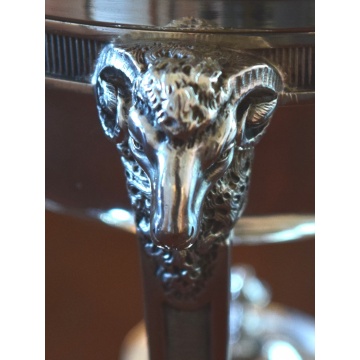 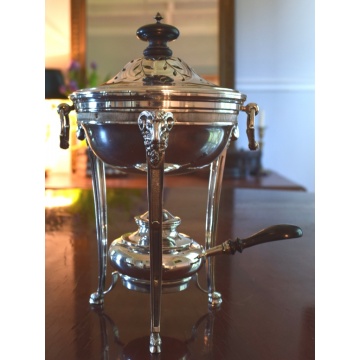 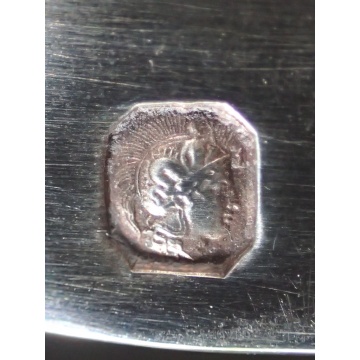 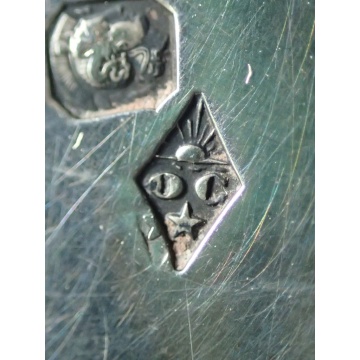 This lovely piece stands on a Tripod ending with ram’s hoofs.
The tripod is tied to the basin by beautifully rendered ram’s head which end each leg.
The basin itself features two handles decorated with acanthus leaves.

The lid is pierced with delicate leaf garlands, allowing the perfume or incense to sift through..
The finial is shaped as a spinning top in ebony.

A silver circle houses the removable burner which is also in silver and which opens, so one can fill it with oil and which still contains a cotton wick. The burner features a lovely ebony handle.

The piece is very elegant and in excellent shape.

The Makers Mark shows a C and an O topped by a rising Sun with a star underneath. It stands for G Olier and E Caron.
Olier and Caron registered their joint Makers Mark on November 15th 1910.
Their mark mentioned they were the successors to Henri Soufflot whose workshop G Olier had inherited, with their bills of sale mentioning ‘Ancienne Maison Henri Soufflot’
OLIER & CARON became as prestidigious a name as that of Puiforcat, obtaining several Medals and Grand Prix, at the Cairo French World Trade Fair, as well as the Paris Colonial Exposition and the World Trade Fair in Bruxelles
Their workshop was located 89 rue de Turbigo