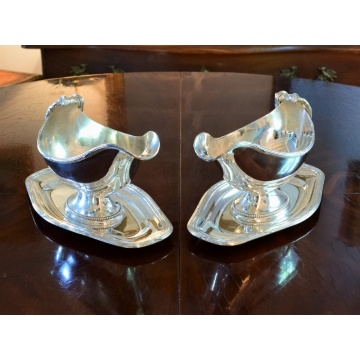 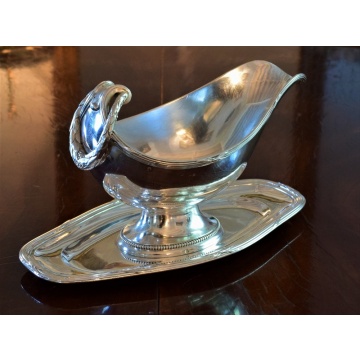 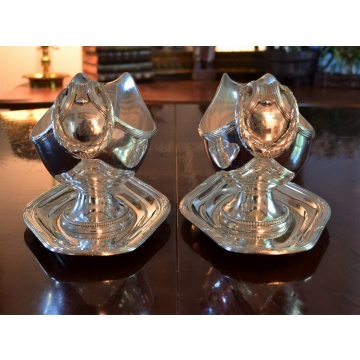 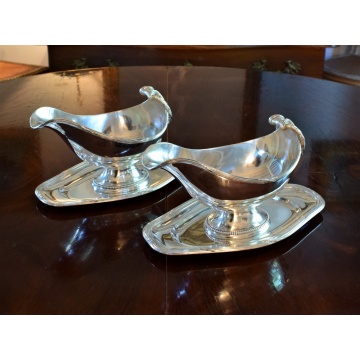 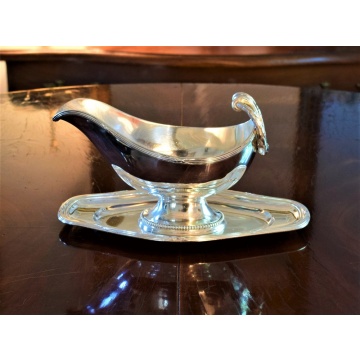 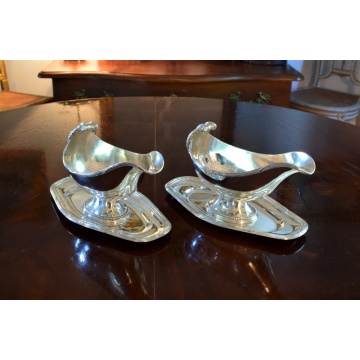 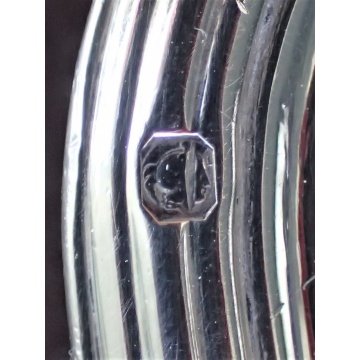 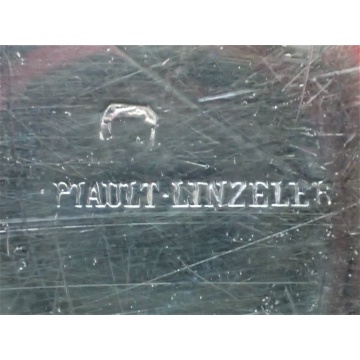 Worked in the Louis XVI Style this beautiful pair of Sauce Boats have their matching removable hexagonal under tray slightly dipped in the middle and accented by the same ribbon wrapped reed motif that graces the sides of the main dish.
The Dishes themselves rest on a raised oval pedestal lined by silver pearls.
The Elegant Handle is simply worked in a beautiful solid silver curl decorated with a hanging laurel wreath.
This lovely pair sit perfectly on a dinner table.
They are in very good condition.

The Makers Marks is that of Piault Linzeler on one and Robert Linzeler on the other.
Born on March 7, 1872, Robert Linzeler is the son of Frédéric Henri Linzeler (1836-1908) and the grandson of Eugène Etienne Linzeler (1808-1888), both of whom worked in the world of jewelry, as did several other members of the Linzeler family over the years.
It is hence no wonder that Robert Linzeler continued in the same field and started his career at a young age. He was not yet thirty years old when he succeeded to Louis Leroy in the former Jules Piault company, a Silversmith that had existed for almost half a century and whose reputation was well established.
By April 1897 Robert Linzeler had registered his own mark
Robert Linzeler was quickly noticed, the opportunity being given to him by the 1900 exhibition: his vases attracted attention and his cutlery earned him a gold medal. He went on to associate silver a gilded pieces with furniture and soon acquired a steady following and accolades.
He worked alone until 1925, forming a partnership with Alexander Marchak and retired by 1927.
His workshops and offices were located 68 rue de Turbigo then 4 rue de la Paix in Paris.