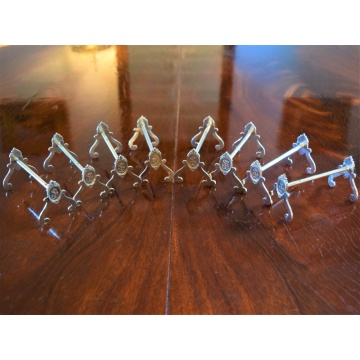 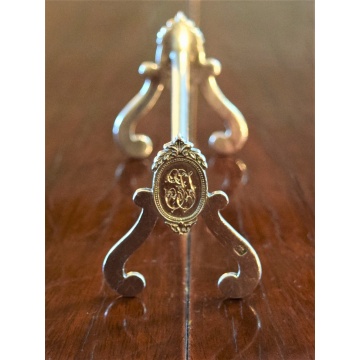 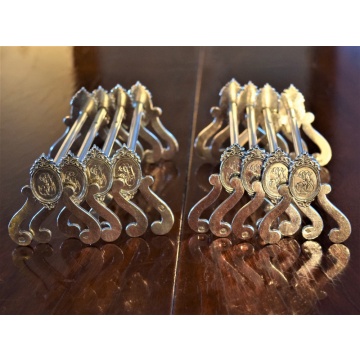 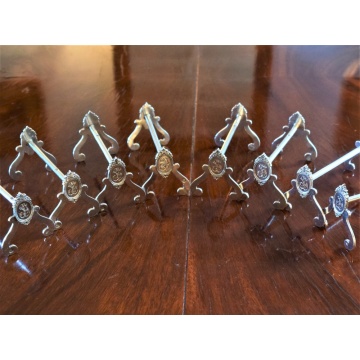 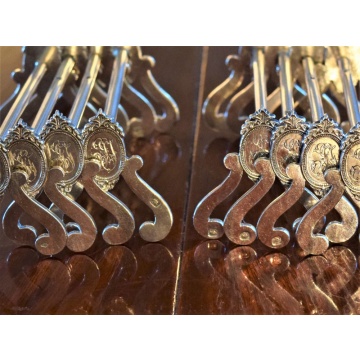 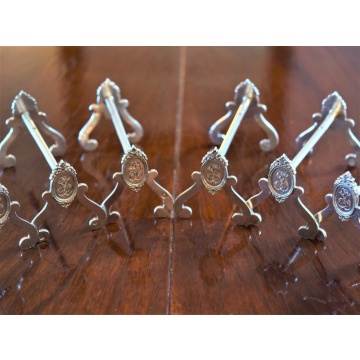 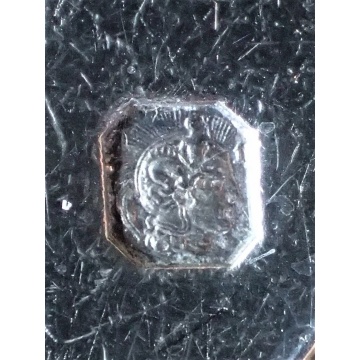 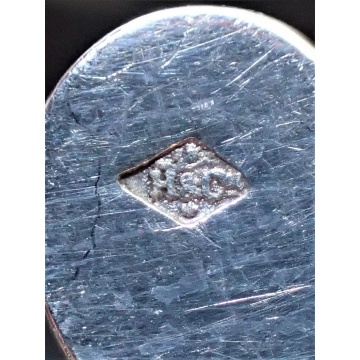 This lovely Set of 8 knife holders is decorated in the Louis XVI Style with a simple décor of a medallion bracketed by acanthus leaves
The feet are curved in an S shape.
The medallion are engraved with a JJ monogram.

The knife holders became more popular towards the middle of the 19th Century, the symbol of a table perfectly set up.
Our Knife Holders are perfectly balanced, very elegant and in perfect shape.

The Makers Mark is for HENIN & Compagnie. It shows an H the sign & and a C topped by a branch and a star underneath the letters.
The Mark was registered on May 11th 1875. Their workshop was located at 33 Rue Des Archives in the Marais area of Paris.