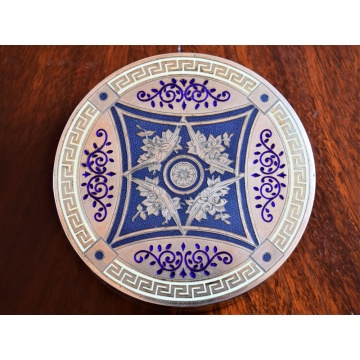 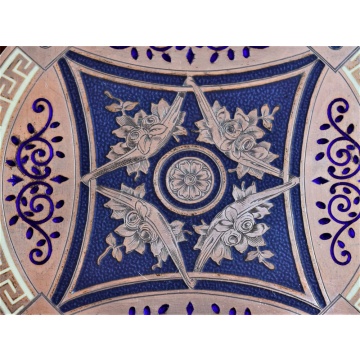 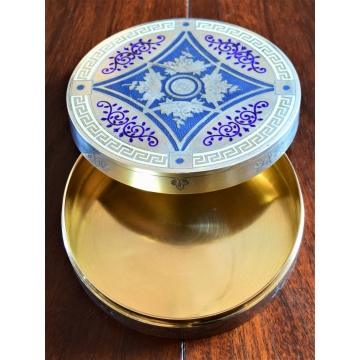 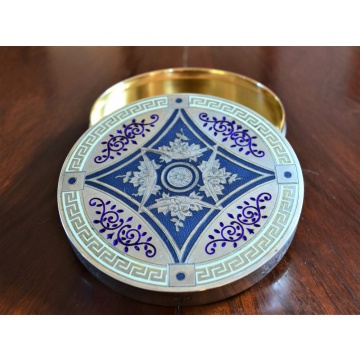 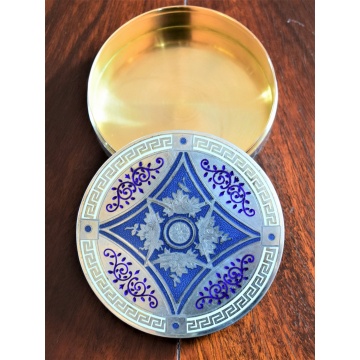 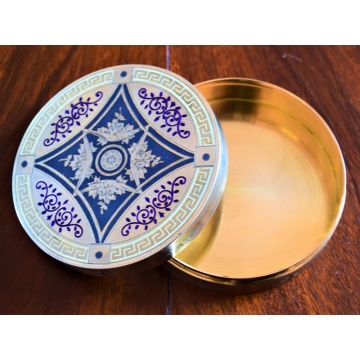 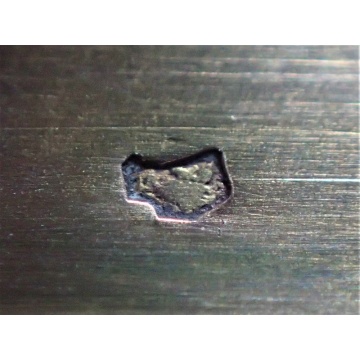 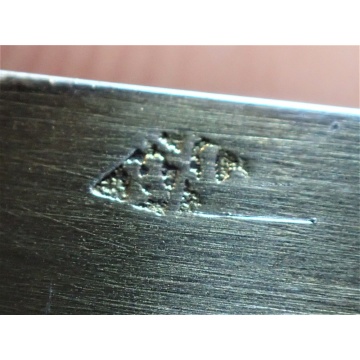 This exceptional Silver box is exquisitely decorated with floral scrolls and intricate inclusion of three different tones of enamel.
The outer edge of the box is decorated with a Greek style fringe, or Décor a la Grecque in French which is enhanced by off white enamel.
Four side registers are simple blue enamel floral scrolls. The center medallions is actually in chiseled silver representing flower bouquets and a central primrose, and is bracketed by lighter blue enamel.
The sides of the box show chiseled flowers and the interior is entirely 18 carat gold gilt.

The box could have been used as a keepsake box or for jewelry.

The Makers Mark is for Maitre Orfèvre Henry DOIZON and shows an H and a D separated by a crossed sword and feather.
The mark was registered in February 1842 and canceled in January 1860.
His workshop was located 40 Rue de la Verrerie in Paris