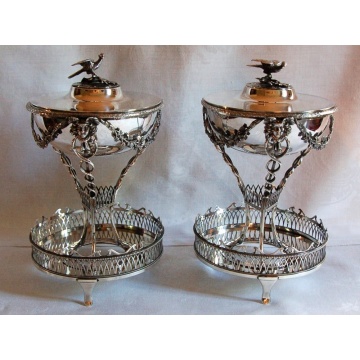 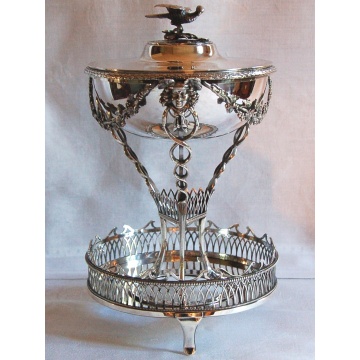 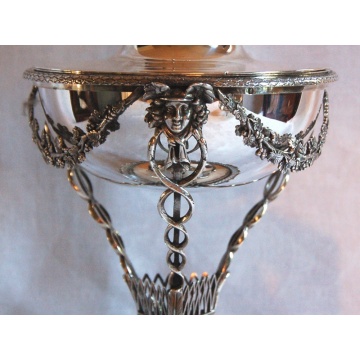 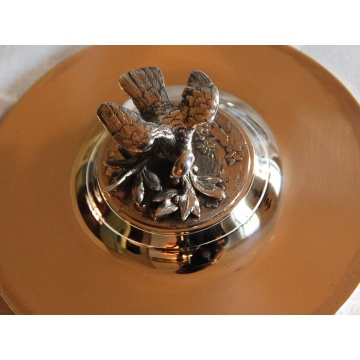 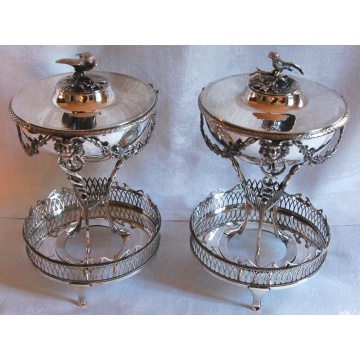 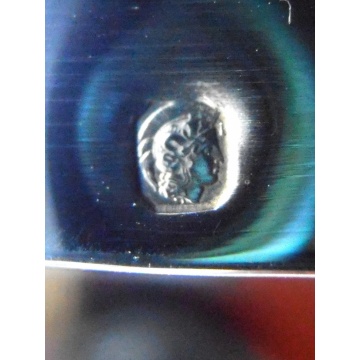 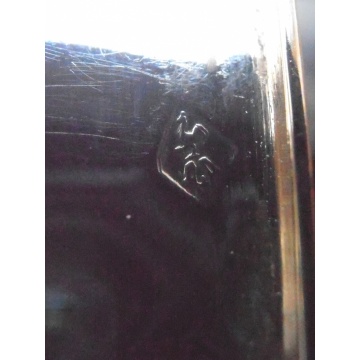 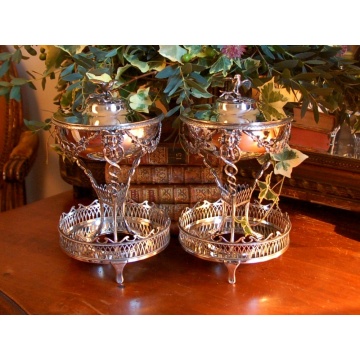 This Stunning Pair is decorated in the Louis XVI Style.
Both pieces showcase a vine garland with three heads of Mercury, the Messenger of the Gods in Roman mythology, surrounding the main part of the ‘Drageoir’.
Mercury’s head rest on Caduceus, which are one of the Gods attributes. Apollo gifts him with the Caduceus, a rod surrounded by two snakes reputed to cure snake bites. Mercury is also the God of Commerce (from his name derives the name ‘Merchants’), as well as the protector of Travels and Thieves…
Mercury is known as Hermes in Greek Mythology. He was Jupiter’s son and had two animal symbols, the Ram and the Rooster.
These gorgeous ‘Drageoirs’ feature a tripod shape ending in ram’s hooves and resting on a round pedestal with a lovely cut-out gallery surrounding it.

The lids are just beautiful! They showcase a curved molding and two slightly different designs on the terrace.
Each feature a Grouse with outstretched wings resting on a laurel branch, but while one bird stands slightly up, the other one crouches.
The two solid silver liners are removable and gold lined.

The two pieces are just breathtaking!
No loses, no marks, just Gorgeous! An exceptional find, very rare to come by…

The Makers Mark is for André AUCOC. It shows two A’s topped by a Rooster.
His first Mark was registered 1887 and cancelled in 1911.
The mark deserves a little more explanation’s as it was one of the most outstanding amongst the French Master Silversmiths.
Casimir AUCOC first registered his mark in 1821, and founded the company at 154 rue Saint Honore. The company then moved in 1835 to 6 rue de la Paix, where it stayed until 1936.
From 1836 to 1856 it was managed by Jean Baptiste AUCOC who had taken over from his father.
He was later followed by Louis AUCOC who took over starting 1856, before handing the management of the company to Andre AUCOC in 1887.
The company was famous for its outstanding larger pieces which beautifully and expertly reproduced the styles of the past centuries.
In 1839 it obtained its first silver medal in one of the first versions of the Universal Exposition to be held in Paris.
It continued collecting medals in 1844, then 1855 and 1867 at the Paris Universal Exposition.
Under André AUCOC the company took home the Gold medal in 1889 and 1900 and was one of the laureate at the Louisiana Purchase Exposition (more commonly known as the St Louis World Fair) in 1904 in Missouri!