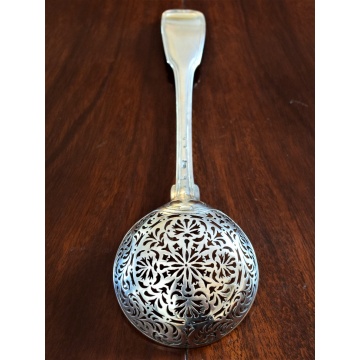 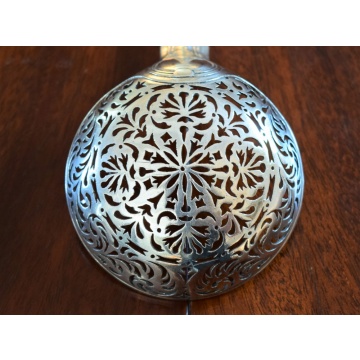 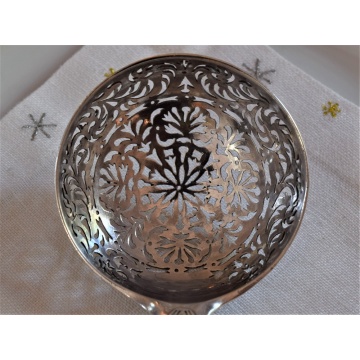 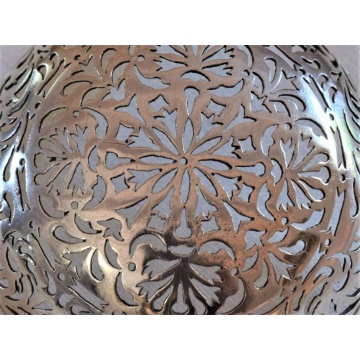 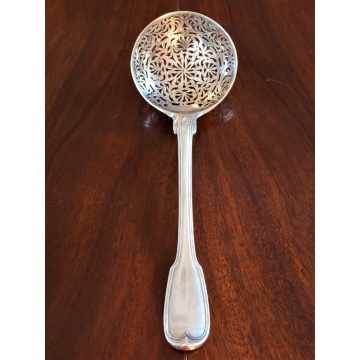 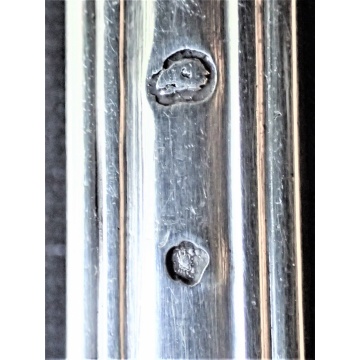 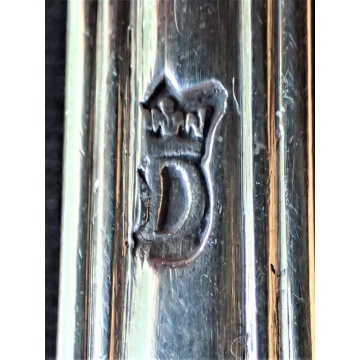 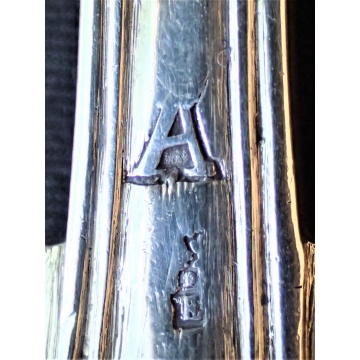 The bowl of the spoon is in beautiful ‘repercé’ motif showing a Rose Window cut out.
As the Paris motifs were registered and numbered, the one shown here is closer to what is called a Type 1 motif as described in Bilgi Kenber and François Baudequin’s wonderful book ‘ Les Cuillères A Sucre’ first published in 2003.
The Center motif is that of a daisy, which subsequently gives way to a cornflower motif, separated from the outer circle design by a a wreath of blades. The outer motif is a frieze of floral scrolls.
The end of the handle shows a simple double line.

The work is extremely refined and the piece is in very good condition.
It is just a beautiful design. Typical of the early to mid 18th century.
Lovely to use to sprinkle sugar over fresh strawberries per example!
The width given above is that of the spoon’s bowl.

The Hallmark is Fermiers Généraux for Paris 1744 under Fermier Général Antoine Les-Chaudel as attested by the Crowned A shown on photo 8, and by the discharge found on photo number 6 in the shape of a crow’s head.
On photo number 7 we have the Crowned D that was used as a Poinçon de Jurande from July 6th 1744 until November 27th 1745.

The Makers Mark, which is shown on photo number 8, is for Eloy Guérin, one of Paris’s Spoon Makers.
Guérin apprenticed in 1719 under François Cruchet, and registered his own mark on May 20th 1727.
In 1750 he took as apprentice Pierre Nicolas SOMME, of which we have several spoons, and who would become one of the most known spoon makers. Guérin changed slightly his mark in 1755, and canceled it in 1760.
One of Guerin’s spoons is on show at the Louvre Museum.