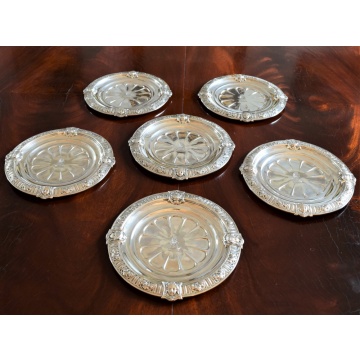 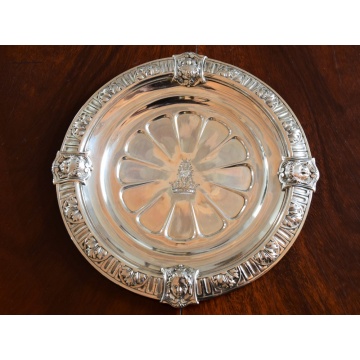 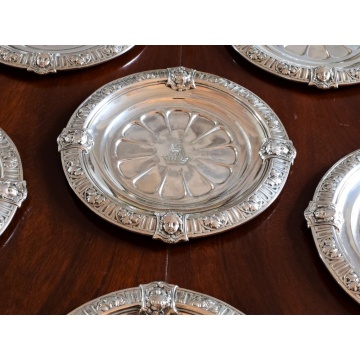 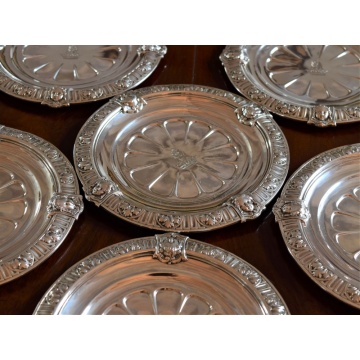 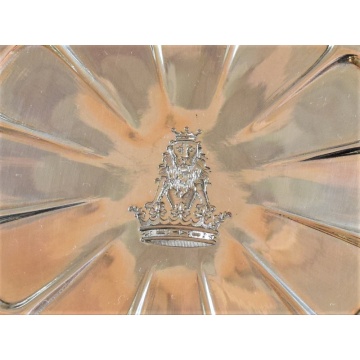 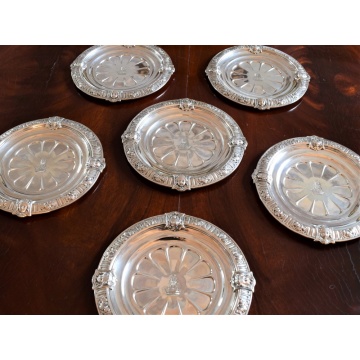 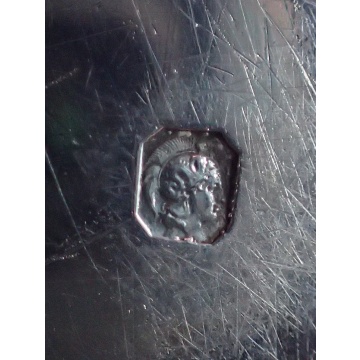 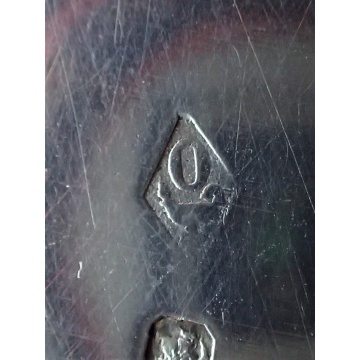 This gorgeous set of 6 Wine Coasters are absolutely incredible!
The sheer weight on each piece is quite rare.
They were a special order done for a Duke’s family as the crest in the center of each piece attests.
The crest shows a duke’s crown, with a crowned lion standing atop.
The sides are carved with a beautiful of acanthus leaves vignettes and 4 lovely portraits of a maiden.
They are incredibly rare to come by in this shape and weight.
Truly an astounding ensemble!

The maker was Jean Baptiste Gustave Odiot, better known as Gustave ODIOT who was the Grandson of Jean Baptiste Claude ODIOT, Napoleon’s famed Silversmith…
Gustave ODIOT researched and used several styles harking back to earlier periods, one of them being the Renaissance era, which appears in these beautiful set.
Gustave often experimented with different styles and created gorgeous pieces including a service for the Duc D’Aumale.
He also received the largest order ever placed with the House of Odiot: 3,000 pieces of solid gold flatware for Saïd Pacha, the Viceroy of Egypt. Gustave later became the purveyor by appointment to the court of His Imperial Majesty the Tsar. He was the last member of the Odiot family to direct the company, which had been in the family for over two centuries!

The Makers Markas discussed above is for Gustave ODIOT and features a Oil Lamp with an O above.
He registered his mark on October 31st 1865 and cancelled it April 14th 1894

His offices were located 72 rue Basse Du Rempart in Paris.