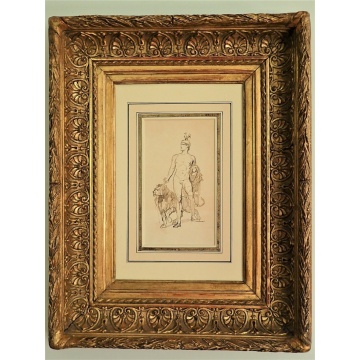 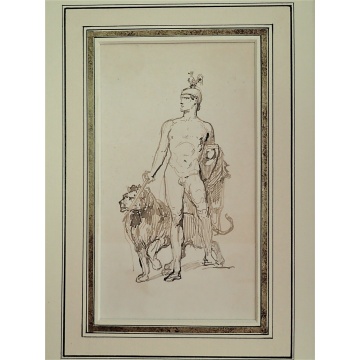 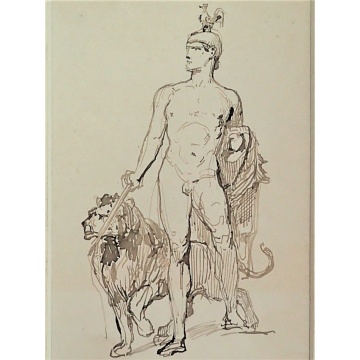 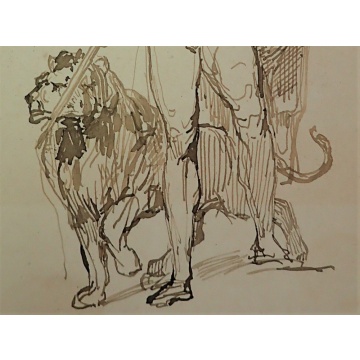 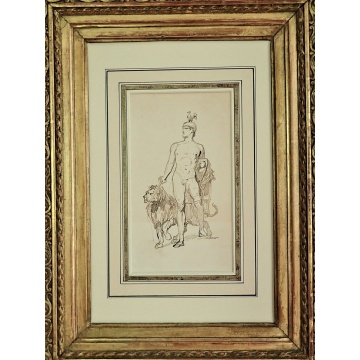 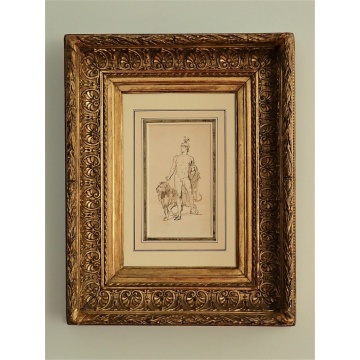 Ink Drawing Of A Warrior And Lion By Cogniet~Sold~

A Powerful Drawing of An Antique Warrior with his Lion by Léon Cogniet.

This beautiful study, done in black ink is extremely powerful and very lively.
In it Cogniet draws a warrior marching along a lion, while holding his sword in one hand with his toga draped around his other arm.
This Ink drawing was probably a study for one of Cogniet’s representation of the Trojan War.
At one point during the middle ages Heraldic animals were attributed to Antique Heroes.
In the Trojan War tale, the Lion was made one of Hector’s attributes.

Léon Cogniet (1794 – 1880) was a French historical and portrait painter.
He was born in Paris to a father that was a painter and wallpaper designer.
He entered the École des Beaux-Arts in Paris, where he studied under Pierre-Narcisse Guérin at the same time as Delacroix and Géricault. In 1817 he won the Prix de Rome and was a resident at the Villa Medici from 1817-1822.
Right before leaving for Rome, he had his first successful showing at the Salon.
He was later appointed to paint part of Napoleon’s expedition to Egypt on the Louvre ceiling
In 1851 he was appointed as a Professor at the Ecole des Beaux arts, a position he kept until 1863 when he retired.
He passed away in 1880.