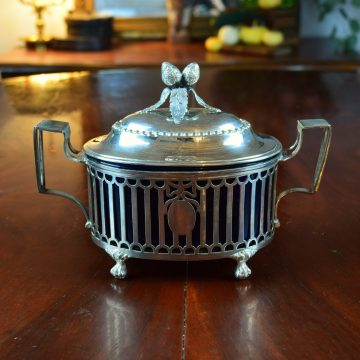 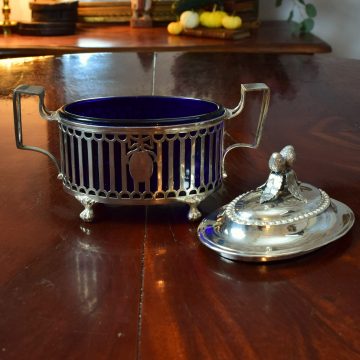 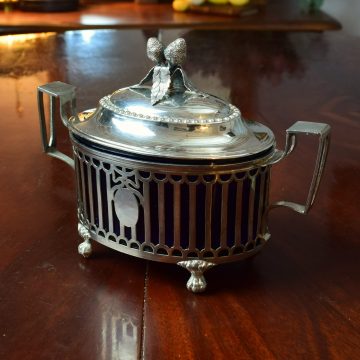 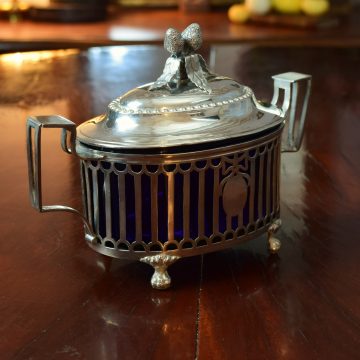 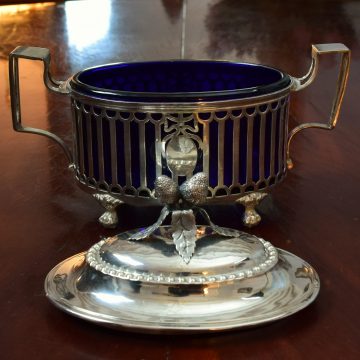 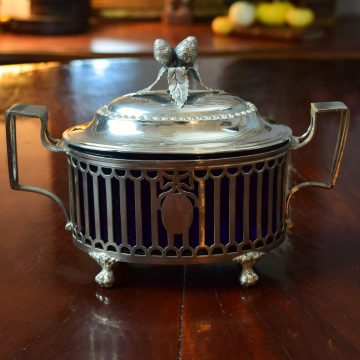 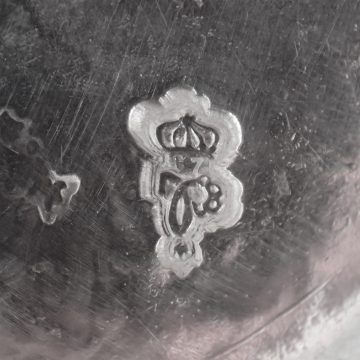 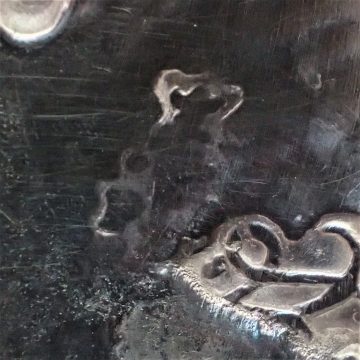 This lovely sugar bowl has an oval frame in silver decorated to mirror a colonnade with geometric silver designs.
The main body shows a silver bow topping an oval medallion that is still waiting for the owners’ initials.

The lid is set with a cluster of strawberries ‘au naturel’ and lined with silver pearls of the slightly rounded top. The body of the sugar bowl rests on four lions’ paws.
As usual the particularity of this piece apart from its lovely aspect is the fact that it predates the French Revolution by 2 years.
Hence the fact that it avoided destruction during that period is always a wonder…

The Marks are beautiful on it:
Photo # 7:
The Year Hallmark or Poinçon de Jurande is a Crowned P used by Fermier General (Tax collector in essence) Henri Clavel in Paris starting July 11th 1787 (Notice the tiny 87 right below the crown…)
We also show on the same photo 2 interlaced L which is the ‘Charge’ Mark for smaller silver objects used by Fermier General Henry Clavel starting 1782
We also have (not pictured) the ‘Discharge’ mark (Meaning the object was ready to be sold and taxes were paid) of an eagle’s head used during the same period of March 7th 1786 to February 1789.

Due to the P marked with 87, we know the object was produced by Pierre Antoine FAMECHON in 1787.

Photo # 8:
We have the EM Mark with a crowned fleur de Lys, and a Saint Esprit or Holy spirit symbol, registered by Pierre Antoine FAMECHON on July 20th 1785, in Paris and used until 1792.