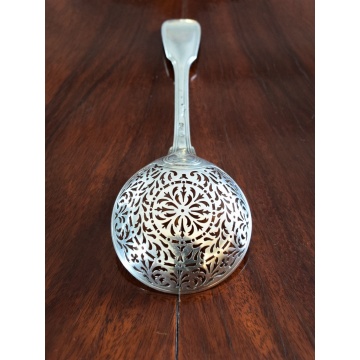 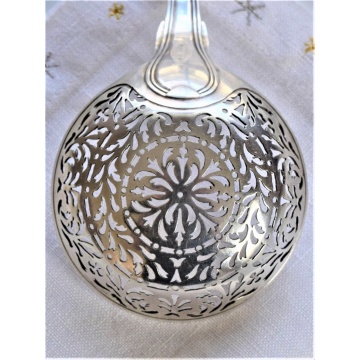 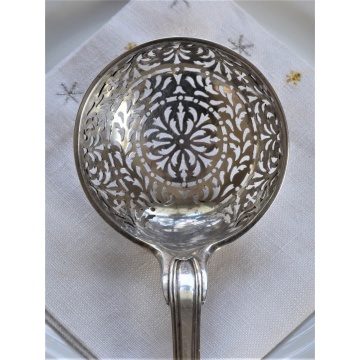 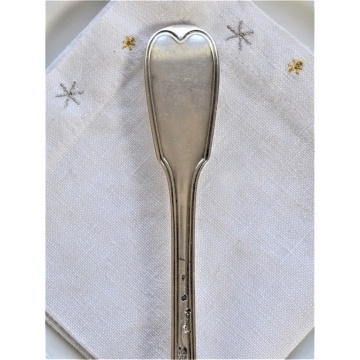 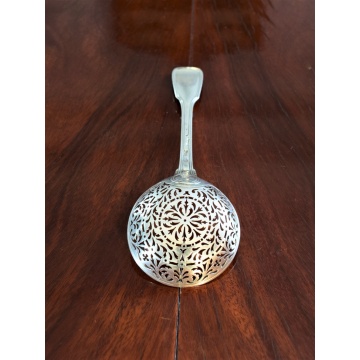 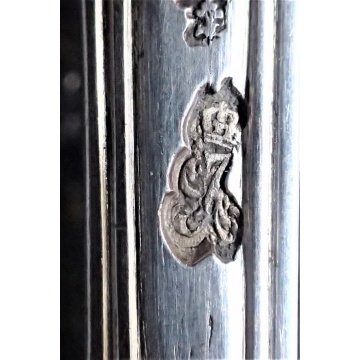 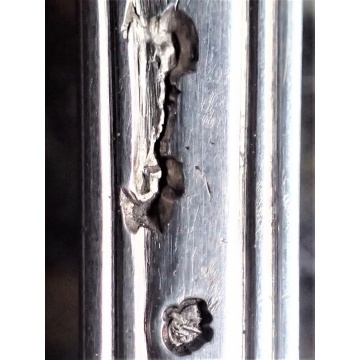 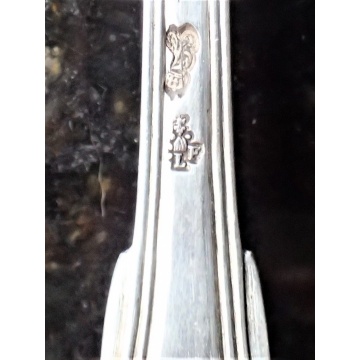 The bowl of the spoon is in beautiful ‘reperce’ motif showing a Rose Window cut out.
The handle is simply and elegantly double lined.

The bowl is decorated with a special piercing decoration.
A rosette and two blades are the structural elements of the decoration, consisting of numerous motifs among which we recognize palmettes, four leaves, tulips and forked leaves.

The work is very refined and the piece is in gorgeous condition.
The design is typical of the early to mid 18th century.
Lovely to use to sprinkle sugar over fresh strawberries per example!

Starting with photo number 6: we have the Poinçon de Charge for Paris: A Crowned A that was used from October 1st 1768 until November 17th 1774 under Fermier General (Tax collector if you will) Julien ALATERRE.

Photo number 7: Shows the Poinçon de la Maison Commune for Paris 1772-1773
The Spoon would hence have been finished by 1773.

The Makers Mark, shown photo number 8 is for Maitre Orfèvre Charles François LAUTRAN who registered his mark on March 24th 1762.
He passed away on June 21st 1777.
Charles François LAUTRAN was one of Paris best known spoon makers…
Our spoon is a match with the one shown in Bilgi KENDER’s and François Baudequin’s wonderful book ‘Les Cuillers à Sucre dans l’Orfèvrerie Française du
XVIIIième. Page 143.