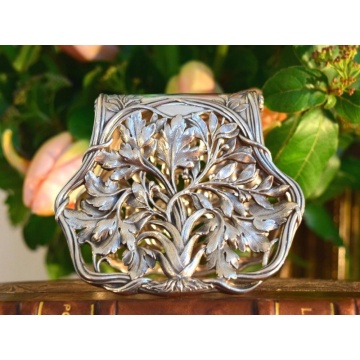 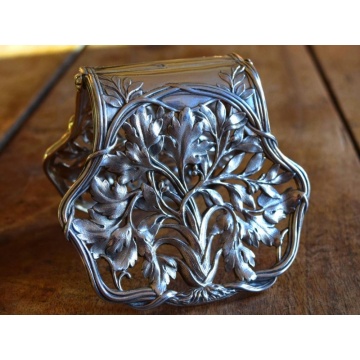 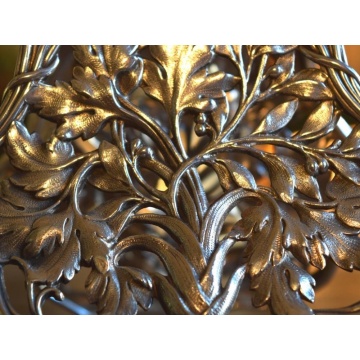 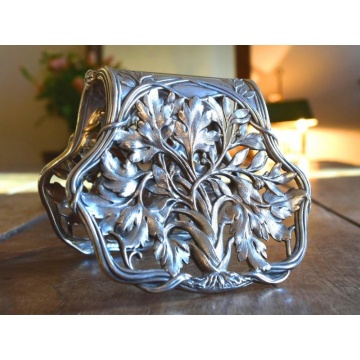 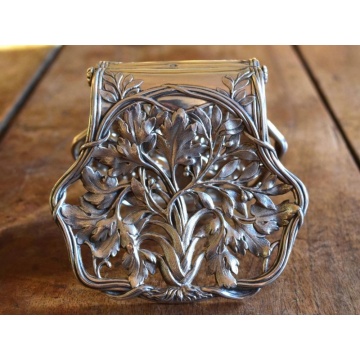 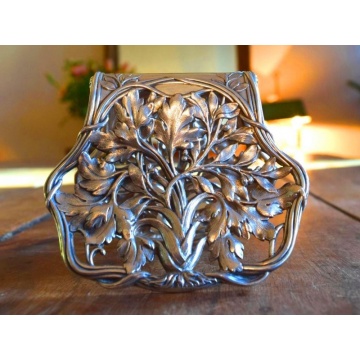 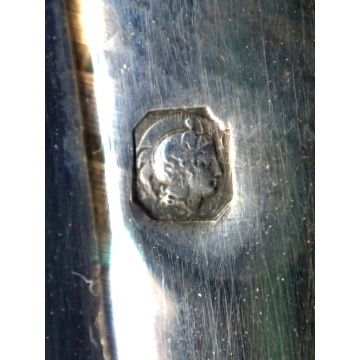 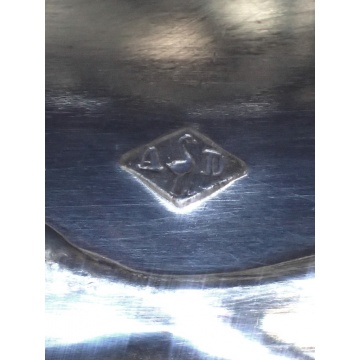 The tongs shown here have a beautiful ‘Repoussé’ detailing that showcase a full grown Celery Plant (Called ‘Ache’ in older times in France) in its center.
The gorgeous cutaway work shows in great details the veined branches and the central stalk, as well as the leaves that are highlighted by an ‘Amati’ carving.
It is one of the few existing of that model and work on it is just breathtaking in its purity!