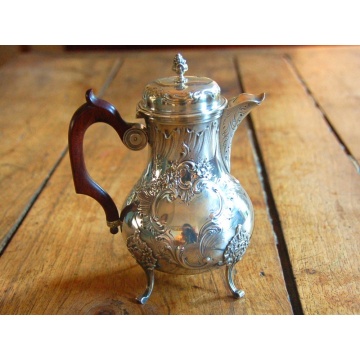 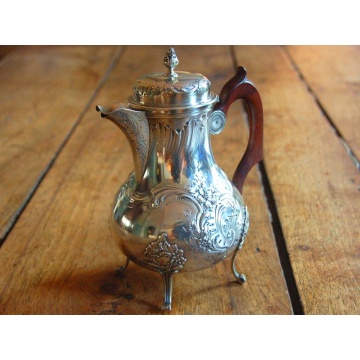 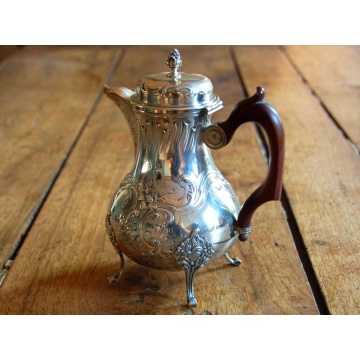 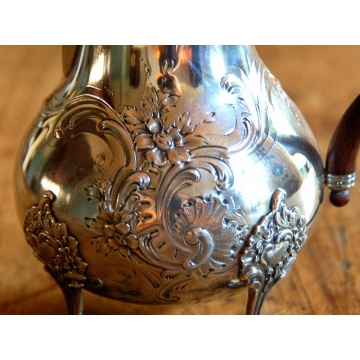 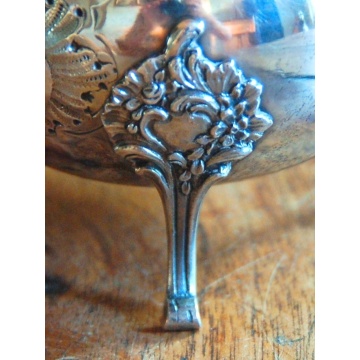 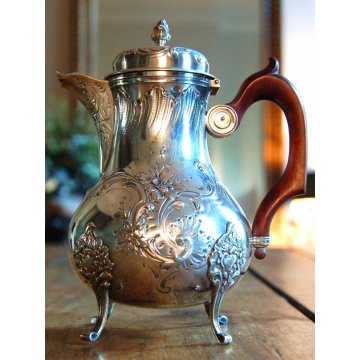 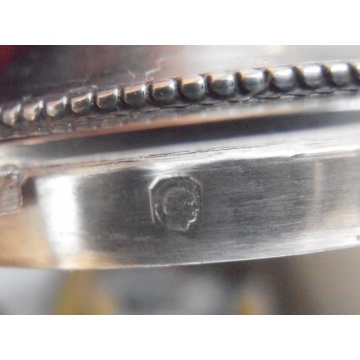 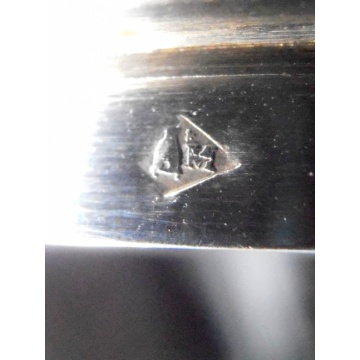 This lovely French Antique Silver Coffee Pot is called ‘Egoïste’ in French as it holds roughly 4 Espressos or 2 larger coffees but no more! Hence the connotation of Selfish!
It is really charming.

The handle is in Mahogany, and the pot rests on 4 floral scroll shaped feet.
The body of the pot shows a lovely garland of flowers as well as a painted wave design, typical of the later Rocaille style.
The duck bill shaped spout is lined with floral scrolls, which is also the case with the small rounded lid which is topped by a berry.

The piece is in great shape! Just lovely!

The Makers Mark is for Joseph MONDINELLI
It shows a J and an M separated by a small beehive flanked by two stars.
The mark was registered in June 1903 and cancelled in May 1908.
He was located 23 rue de Montmorency in Paris