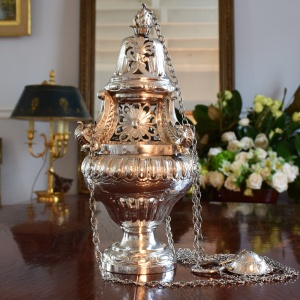 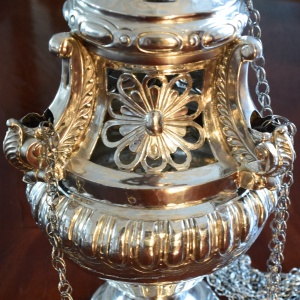 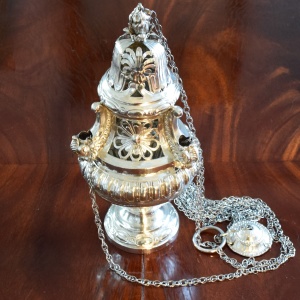 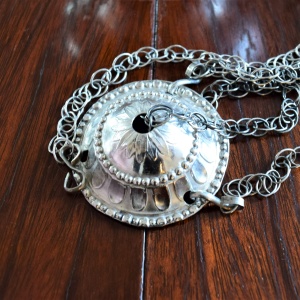 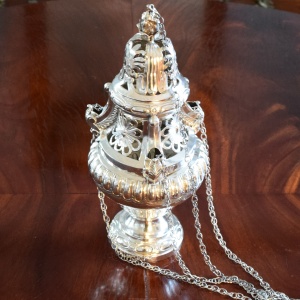 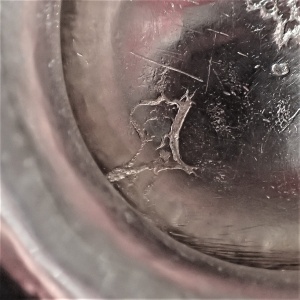 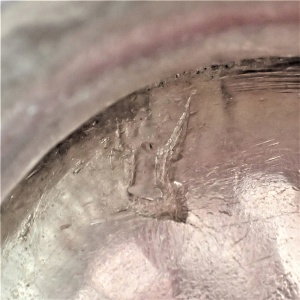 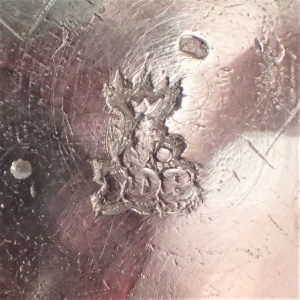 Known in French as an ‘encensoir’, this Censer or Thurible or again Incense Burner, is used during Mass and usually carried by the Thurifer, who, during the Elevation brings the thurible and gives it to the Priest for incensing the Host.
It lovely and very rare in its fine workmanship and its condition.

Of baluster form it is decorated with palmettos, florets, gadroons, and foliated scrolls.
It is composed of two separate parts that are linked by the long silver chains. The lower part receiving the burning embers and incense.
A beautiful find….dating back to Louis XV’s time.

As usual the fact that the piece bears the Fermiers Généraux Marks used under the Old Regime in the city of Paris is what makes it special:
Photo # 6:
You have the Charge Mark for Paris in the shape of a crowned A, used under Fermier Général Antoine Leschaudel, Starting October 1st 1744.
This Charge Mark ends in September of 1750.

Photo # 8:
We have the Makers Mark for Jean De Brie, who registered his Mark on February 7th 1725.
He was one of 5 Master Silversmiths that year in Paris.
His mark shows his 3 initials under a crowned fleur de lys with two dots above.
He was sponsored by Maitre Orfèvre Guillaume Vealle.
This would be his Makers Mark until September 24th 1738 where he would introduce a new Mark.

He first established his workshop Rue St louis, then in 1753 moved to Rue de Harlay and in 1754 he would finally move to Cour Lamoignon.
His funeral is listed on August 9th 1758 in Paris, at 72 years of age.