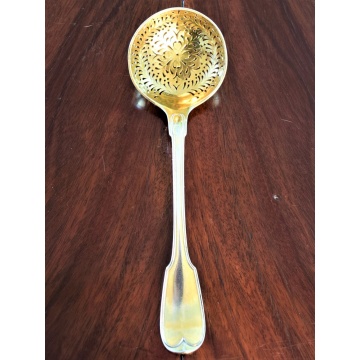 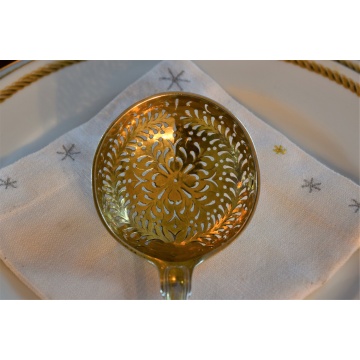 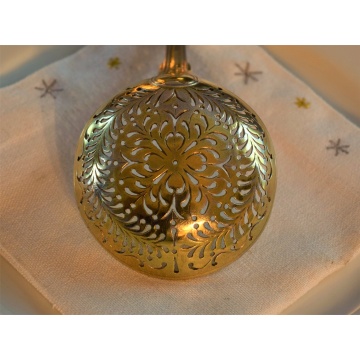 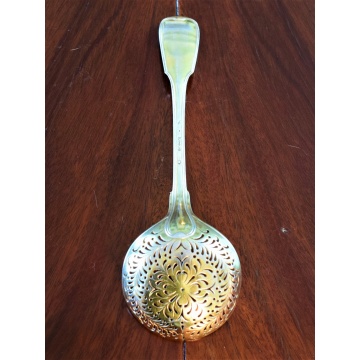 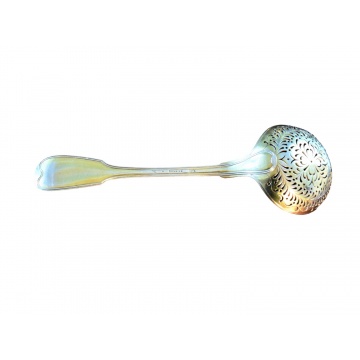 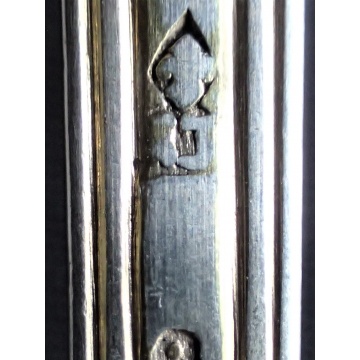 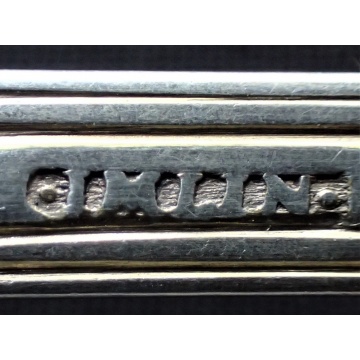 The Imlins where one of the two Incredible dynasties of Silversmiths’ that Alsace produced.
Their patriarch was Johann Ludwig Imlin I that was born in 1663, the last of the Dynasty was Emmanuel Frederic Imlin who passed away in 1831.
In between these years the Imlin along with the Kirstein where the leading family of Silversmiths in Alsace.
As usual when dealing with Provinces works the styles differ from Paris.
This particular model was not allowed to be done by the Paris spoon maker, and became one of the ones identifying the Strasbourg Spoon Makers.
The spoon model presents a round spoon has simple net pierced of foliage and of four leaves center with two branches of olive tree bordered by a frieze of palmettes.

The end of the handle is simply double lined.
This spoon is to be compared to the one shown on Chapter 47 of the wonderful book on Vermeil Silver in Alsace: Vermeilleux! By J Kugel.

The hallmarks are those used under the Fermiers Généraux system.
Visible on photo number 6 you have the Poinçon De La Marque for Strasbourg with a crowned 13 starting 1750 to 1789
The Letter Date is too erased to be read correctly.

The Makers Mark, which is shown on photo number 8, is for François Daniel Imlin who was born in 1757 and passed away in 1827.
His Mark shows his full name with 2 reserve dots on each side.
A very particular thing with Strasbourg was the fact that the Silversmiths registered their Marks with their last name spelled out!
He was the father of the last of the Dynasty.