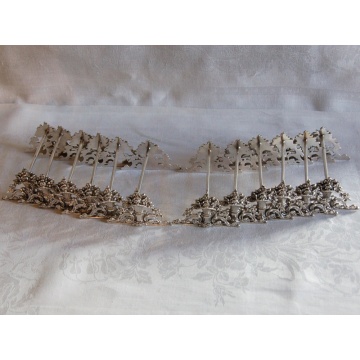 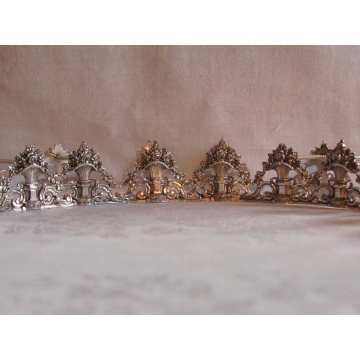 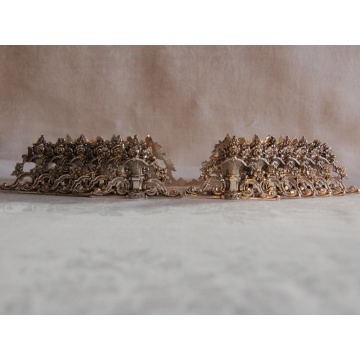 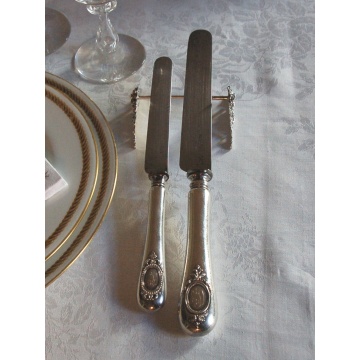 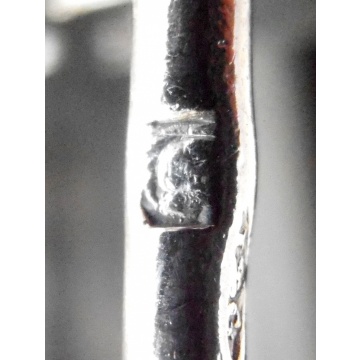 Gorgeous Knife Holders Set in the Louis XVI Style, with beautiful detailed Cornocuppias serving as main designs on both ends of the Knife Holder.
The Cornocuppia or horn of plenty is a symbol of abundance and nourishment, commonly a large horn-shaped container overflowing with produce, flowers or nuts.Originating in the Greek Mythology the cornucopia became the attribute of several Greek or Roman Deities; particularly those associated with the harvest, prosperity, or spiritual abundance, such as personifications of Earth (Gaia or Terra).

The knife holders became more popular towards the early part of the 19th Century, the symbol of a table perfectly set up.Our Knife Holders are perfectly balanced, very elegant and in perfect shape.
A true rare find as most of the Knife Holders on the market today are plated silver.

The Makers Mark is for Jean GRANDVIGNE. It shows a J and a G separated by a Grapevine.
The Mark was registered in 1868 and canceled in 1889.
Grandvigne was commonly thought of as one of the main Master Silversmithes in the second part of the 19th Century; he often collaborated with the Odiot House, providing them with flatware models.