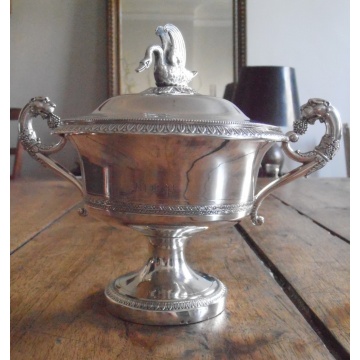 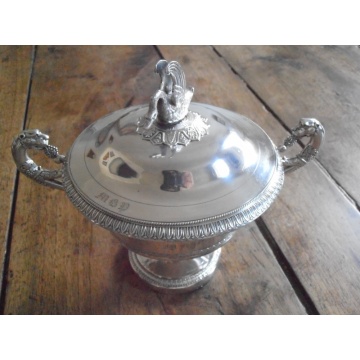 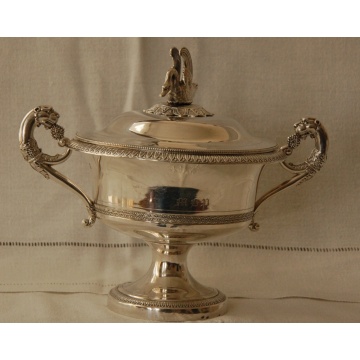 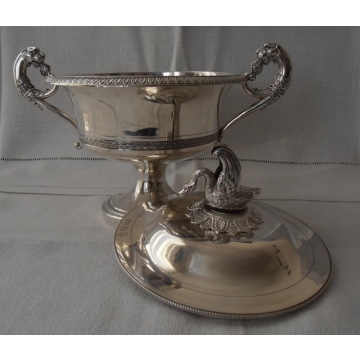 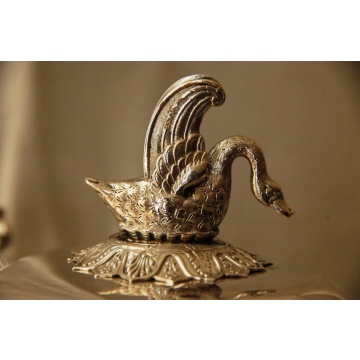 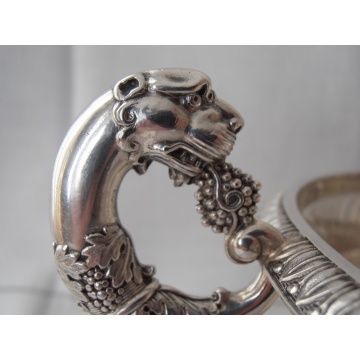 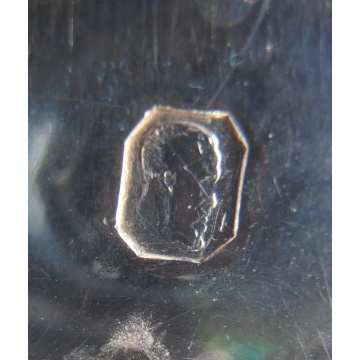 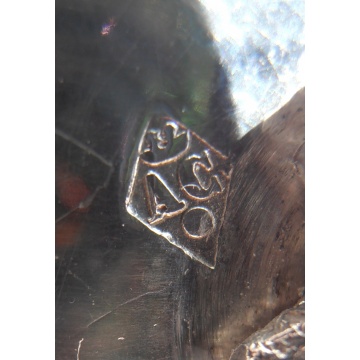 This French Antique Silver Cup, which is quite important, rests on a round ‘Piédouche’ or Pedestal with a palmetto design surrounding its edge. The lower part of the body of the ‘Bouillon’ is lined by a wreath of laurel leaves, while the rim has a beautiful palmetto motif which extends out beneath the lid when the cup is covered. On one side of the Cup are engraved three initials: MBP, which are found again on the lid. The edges of the lid have a dainty pearl design.

The top of the lid (or Frétel or again Finial) is exquisite with a Swimming Swan stretching its wings, and resting on a crown of acanthus leaves. The handles are another highlight of the piece ending in a Lioness head that carry incredible details and refinement. The lionesses’ heads connect to the rim by resting on a bundle of grapes. The handles are also engraved with vines and grapes as well as acanthus leaves.
This is an extremely refined piece which can be used in a variety of ways, originally used to hold a ” Bouillon” or consomme it can either be used to present condiments or fruits or as a sugar casket or to offer sweets at the end of a meal. It is in excellent condition.
The width given above is taken at the handles. The depth given above is that of the bowl.

This lovely piece was created by Maitre Orfèvre Etienne August COURTOIS. The Makers Mark shows the letters A C topped by a boat or ‘Navette’ in French, with one dot underneath the letters. He was received as Maitre Orfèvre in 1834, and resided at 62 Rue Du Temple in Paris in what is now known as the Marais area. He specialized in the ‘Partie de Table’ which means the more important pieces for table decoration.