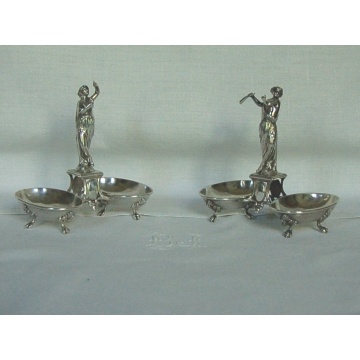 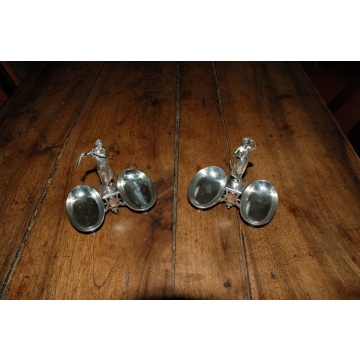 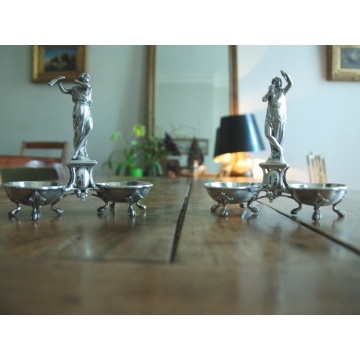 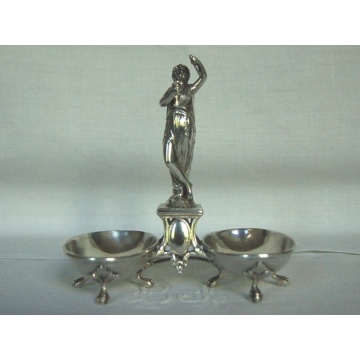 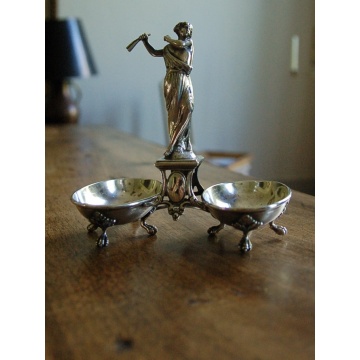 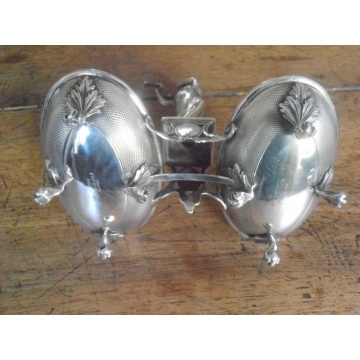 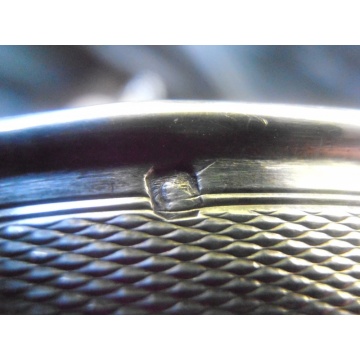 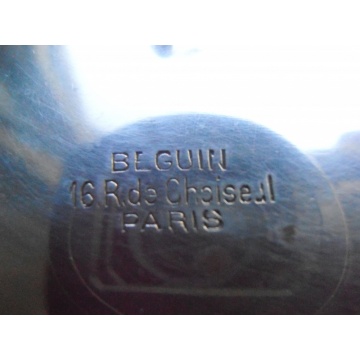 A gorgeous pair of Antique French Silver Salt Cellars, which I have not seen replicated before!

Though they were minted under the Minerve 1 Hallmark, hence after 1838 and before 1911, they take their inspiration from the Antique Designs.
The two pieces consists of 2 oval silver salt cellars, resting on four paws, themselves connected to the cellars by an acanthus leaf design.
The particularity of this model is the central hold, which consists of an Antique Style Couple, draped in a ‘toga’ and cast in a dancing pause. The Man holds a Pan Flute and the Woman a cup. The delicate casting shows all the beauty of the cloth swirling around the figurine. Each figurine shows a slightly different dance movement.The figurines stand on pedestal etched with a medallion which links them to the salt cellars.

The work is just exquisite! The pieces are in very good condition with no losses or repairs.
The width given above is taken at the extension of the salt cellars. The height is that of the figurines.

The Makers Mark is for Louis BEGUIN.His mark was in-sculpted in 1838 and canceled in 1878.
His address, which also appears on the salt cellars is listed at 16 Rue de Choiseul close to the Opera house. He was succeeded by Leon LAPAR who took over from him in 1878.