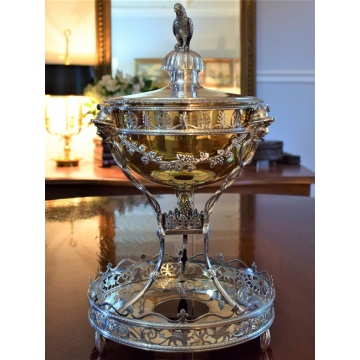 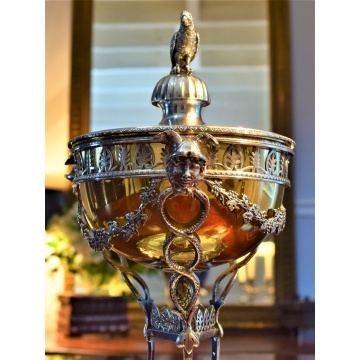 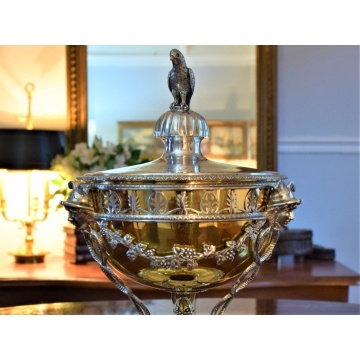 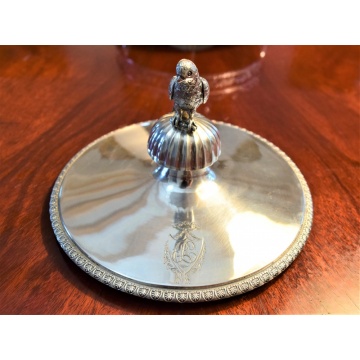 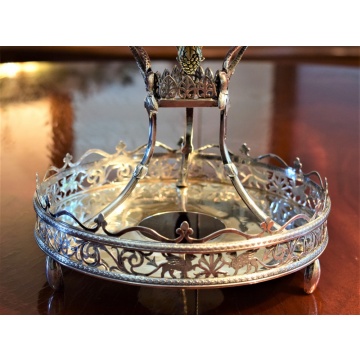 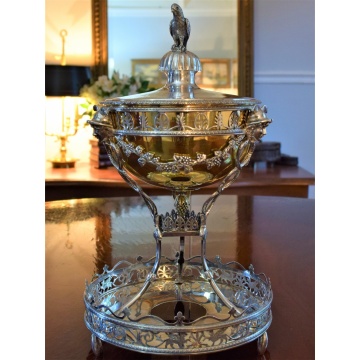 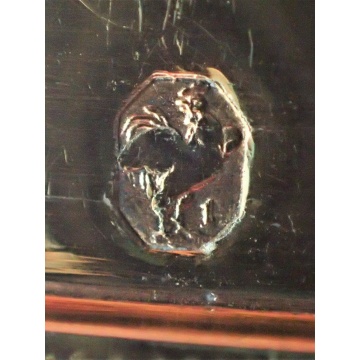 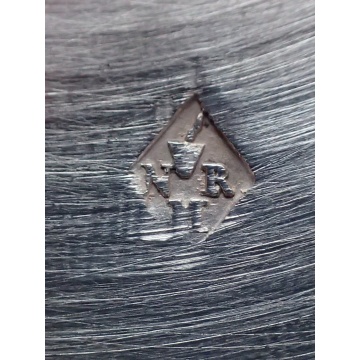 This Stunning piece is decorated in the Louis XVI Style.
The Drageoir features a vine garland with three heads of Mercury, the Messenger of the Gods in Roman mythology, surrounding the main part of the ‘Drageoir’.
Mercury’s head rest on Caduceus, which are one of the Gods attributes. Apollo gifts him with the Caduceus, a rod surrounded by two snakes reputed to cure snake bites. Mercury is also the God of Commerce (from his name derives the name ‘Merchants’), as well as the protector of Travels and Thieves…
Mercury is known as Hermes in Greek Mythology. He was Jupiter’s son and had two animal symbols, the Ram and the Rooster.
This gorgeous ‘Drageoirs’ feature a tripod shape ending in ram’s hooves and resting on a round pedestal with a lovely cut-out gallery surrounding it.

The lid is just as beautiful! It shows a curved molding and a bird of prey sitting on top!
The solid silver liner is removable and gilded.

The piece is just breathtaking!
No loses, no marks, just Gorgeous! An exceptional find, just beautiful!
The lid shows a monogram with CL surrounded by a ribbon tied flower garland….
A collectors piece!

The Makers Mark is for Nicolas Richard MASSON. It shows his three initials surrounding a trowel.
His Mark was registered in 1798.
His workshop was located 44 quai des Orfevres in Paris.