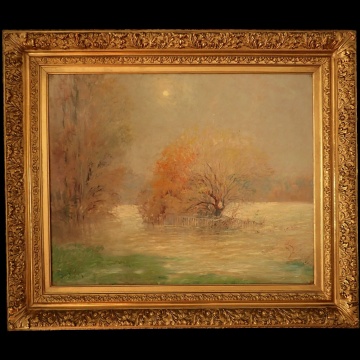 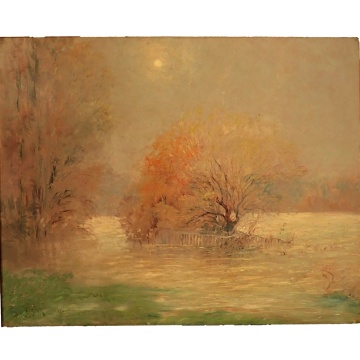 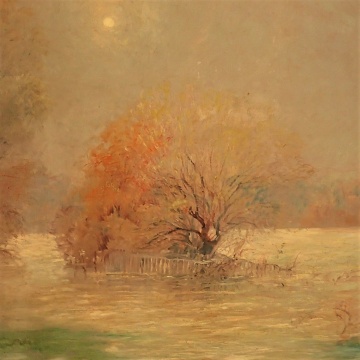 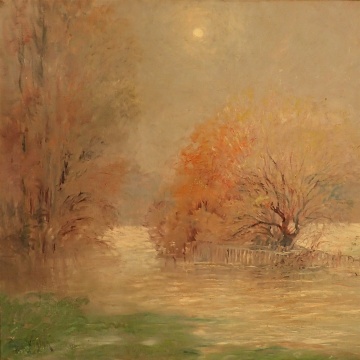 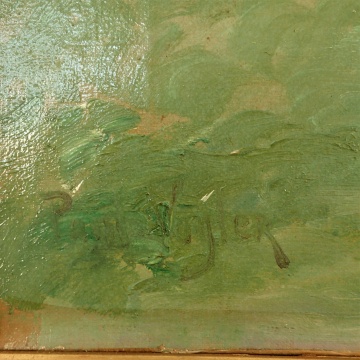 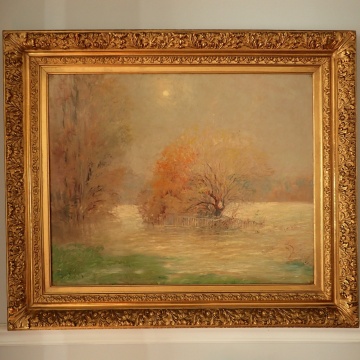 Sunlight By the River in Autumn By Paul Vogler

Paul Vogler (Paris 1852 – Verneuil-sur-Seine 1904), the son of a little-known painter, was primarily self-taught.
After receiving initial instruction from his father, he received no further professional training, nor did he ever attend a fine art school or academy.

He was an admirer and friend of Alfred Sisley, who influenced both his palette and technique and who helped Vogler early in his career.
Vogler was also an intimate friend of the art critic Aurier, the premier defender of Gauguin and Van Gogh.
Vogler possessed an ease and sensibility in his painting that was often noted by his contemporaries. His free application of color earned him a place in the ranks of the Impressionist landscape painters; he had many fervent admirers in the early collectors of this school.
He produced beautiful canvases known for their fresh, harmonious colors and radiant depiction of light.
He exhibited along with Bonnard, Vuillard, Lautrec, Anquetin and Signac at the galerie Vollard, his subjects including Le Canal de Saint-Martin, the Quai de Valmy in Winter, Banks of the Oise at L’Isle Adam, and Meules in the Winter Sun.
The Ambroise Vollard Galerie in Paris, staged an Exposition Paul Vogler in February to March 1899, which included some thirty-eight landscapes.

In this sizable canvas Vogler pictures the rising waters of a river overflowing its banks, in late autumn. His use of a light palette of soft yellows and very light blue and pink enhances the magic of the subject…
You can see the water rising and feel the coldness of the day, which the sun fails to touch and warm up.
The use of the light in the painting is gorgeous, and the lightness of strokes masterful.