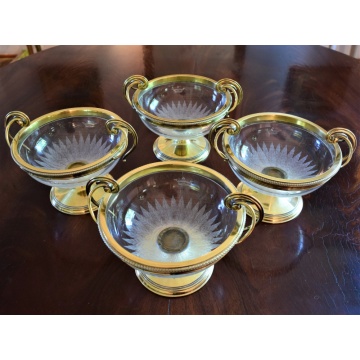 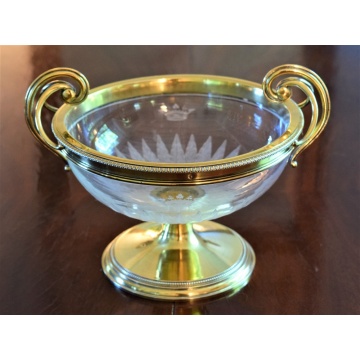 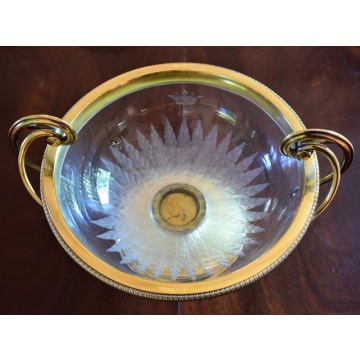 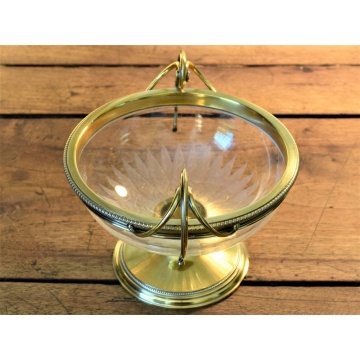 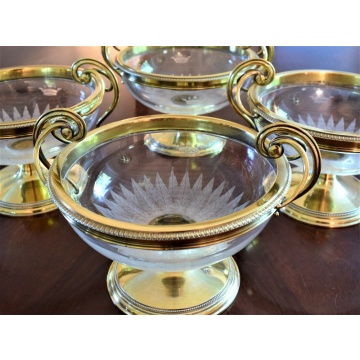 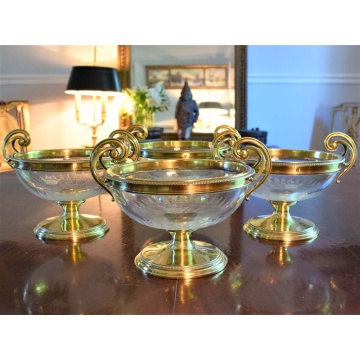 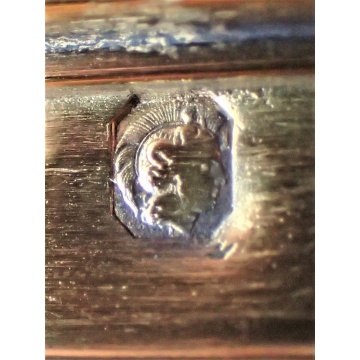 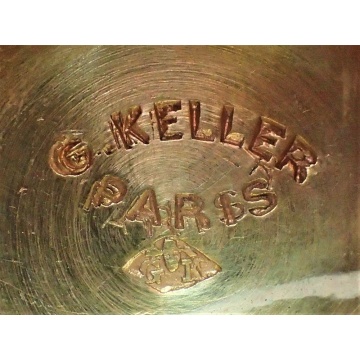 An absolutely Superb set Of Four Antique French Gilded Silver And Crystal Large Presentation Cups by Gustave KELLER.
Mainly used to display Hors d’Oeuvres or fruits these lovely Large Cups on Pedestals have a gorgeous main body in crystal that has been worked intaglio style with carved laurel leaves.
All show a Marquis’ crown on each side of the crystal vessel.
The pedestal 18 carat gold covered and is decorated by a row of vermeil pearls and on the upper ridge by a gadroon.
The Gilt Silver upper liner is decorated with gadroons, while the gorgeous handles are curlicue shaped.
The four pieces are gorgeous and quite rate to come by.
they are in perfect shape! No losses to the silver or the crystal, just magnificent!

The Makers Mark is for Maitre Orfèvre Gustave KELLER and shows his two initials with Mercury’s head in the middle.
Gustave Keller founded his firm in 1856. Soon his simple yet particularly elegant set were recognized by clients and his peers alike as being of the highest quality.
He won a gold medal at the 1867 Paris World Exhibition followed by a silver one in 1878.
He was succeeded by the Keller Brothers who took the name Keller Fils et gendre Sucesseur who also won a Gold medal in 1889, followed by the Grand Prix in 1900.
Falize another great silversmith, would say later on that ‘ All that is stamped by Keller is good as gold’
The workshop was first located at 65 rue de Turbigo, then moed to 22 rue Joubert in 1891. Their final address was 18 Avenue Matignon.
Keller was appointed as official silversmith to several Royal Houses in Europe, of which Spain, Greece and Romania as well as The Royal House of Russia.