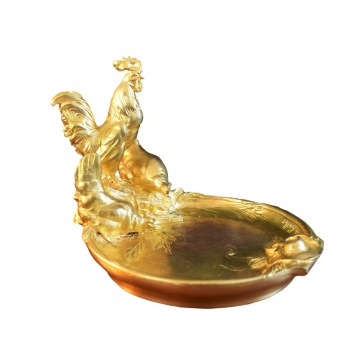 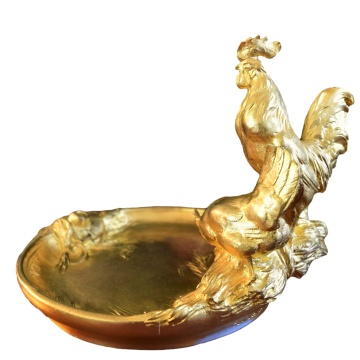 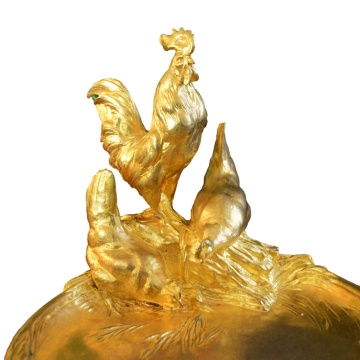 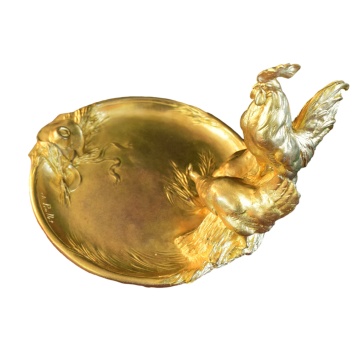 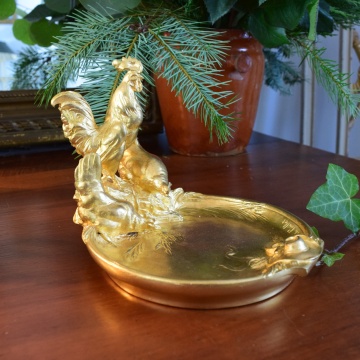 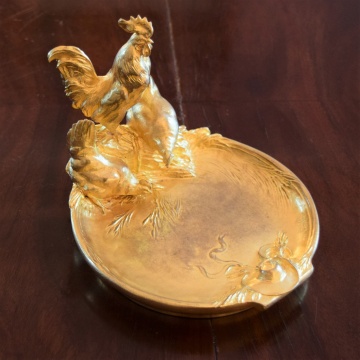 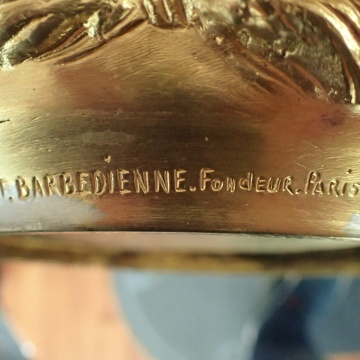 A Whimsical Ormolu Vide Poche depicting a Rooster and its hens by Charles Paillet.

Charles Paillet (1871 – 1937), was born in Nievre in Moulins Angilbert, France March 31st 1871.
He studied sculpture under Georges Gardet.
Paillet’s first exhibit was in the Salon of 1897 and he exhibited regularly until 1921. Most of his works were cast by the foundry Thiebault Freres both in lost wax and by the sand-cast method.
Some of his work where also cast by Ferdinand Barbedienne, as is the case with this lovely piece.
This lovely sculpture is beautifully executed, and the Ormolu is intact.

It represents France’s rooster, shepherding its flock.
It is cast by France’s most famous Founder, Ferdinand Barbedienne.
It is signed Charles PAILLET and by F Barbedienne. Circa 1890