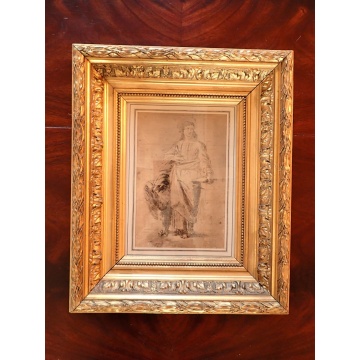 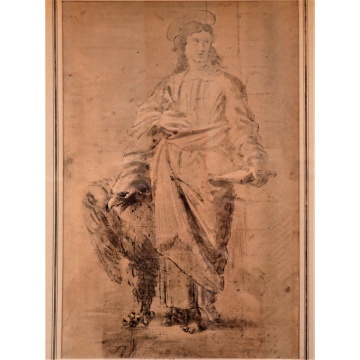 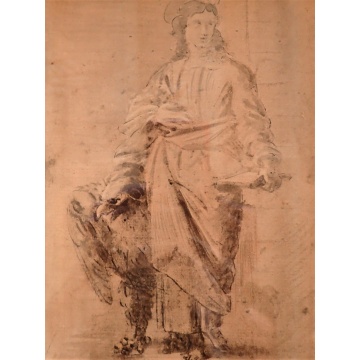 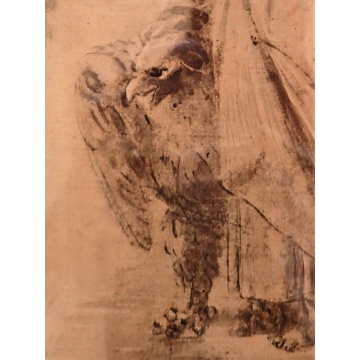 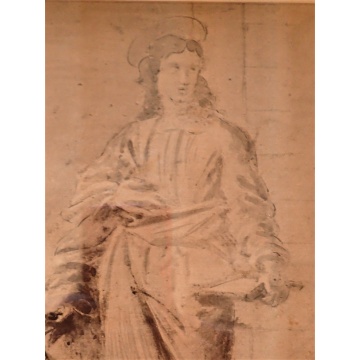 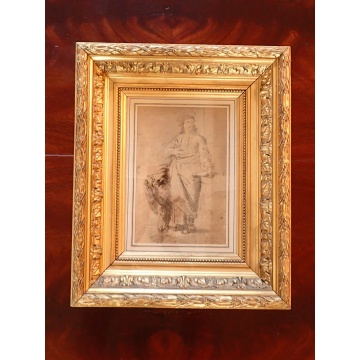 A Fine depiction of St John The Evangelist in Black Ink and Lead Pencil, by a late 17th Century Or very Early 18th Century French School.

The author of five books of the Bible (the Gospel of John, the First, Second, and Third Letters of John, and Revelation), Saint John the Apostle was one of earliest disciples of Christ.
Commonly called Saint John the Evangelist because of his authorship of the fourth and final gospel, he is one of the most frequently mentioned disciples in the New Testament.
His two symbols are the Eagle and the Book, which both feature in this representation.
Traditional Iconography has often represented Saint John as an eagle, symbolizing the heights to which he rises in his first Gospel.
The Book symbolizes his work and Gospels written.

In our depiction he extends his right hand towards a majestic eagle while holding his first gospel in his left hand.
The work is done in Lead Pencil with highlights of Black Chalk and Ink.

It is showcased in a 19th century Gilt Wood frame which is in great shape.