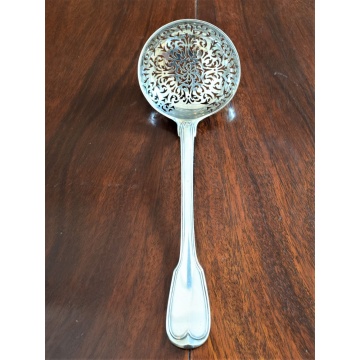 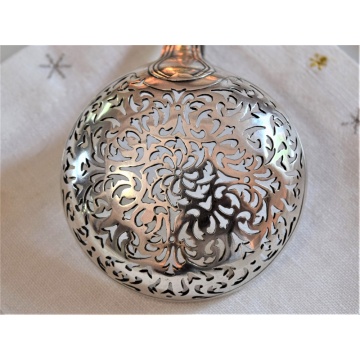 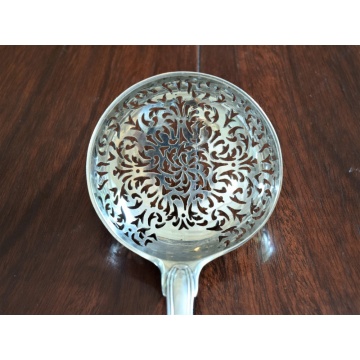 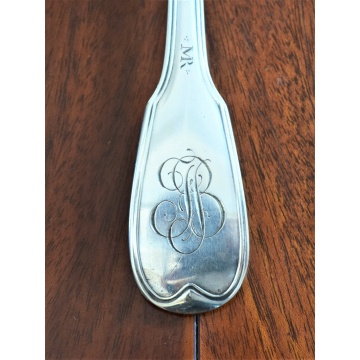 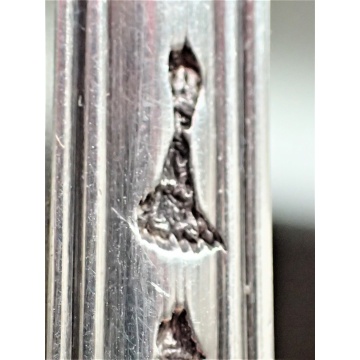 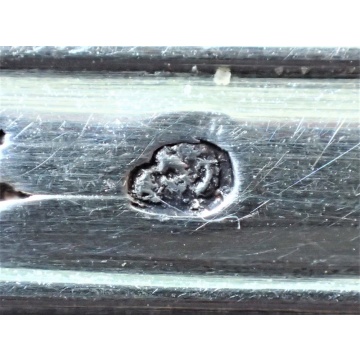 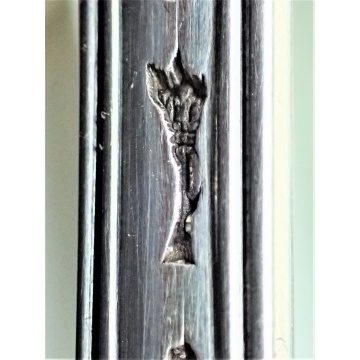 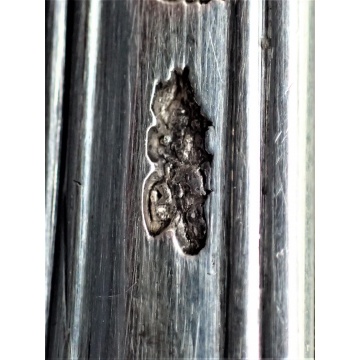 The bowl of the spoon is in beautiful ‘reperce’ motif showing a Rose Window cut out.
The handle is simply and elegantly double lined.
The handle shows an A and T monogram engraved.

The work is very refined a little more worked then the previous sifter and the piece is in gorgeous condition.
The design is typical of the early to mid 18th century.
Lovely to use to sprinkle sugar over fresh strawberries per example!

Starting with photo number 5: we have the Poinçon de Charge for Paris: A Crowned A that was used from November 18th 1774 until July 12th 1780.
This Mark was used under Fermiers Généraux (or tax collectors) Jean Baptiste FOUACHE & Dominique COMPANT.
Photo number 6: Shows a monkey’s face which was the Discharge mark for the same years.

The Makers Mark, shown photo number 8 is for Maitre Orfèvre Pierre Nicolas SOMME who registered his mark on September 3rd 1768.
Pierre Nicolas Sommé was one of Paris best known spoon makers…
We have examples of his work up to 1789 but we loose his trace after that, due to the beginning of the French Revolution.