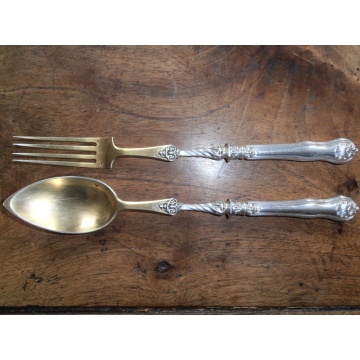 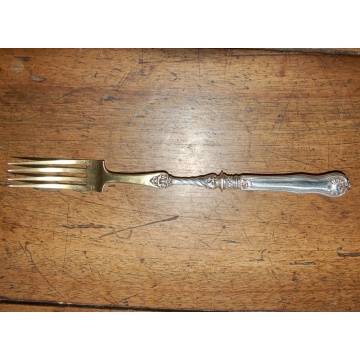 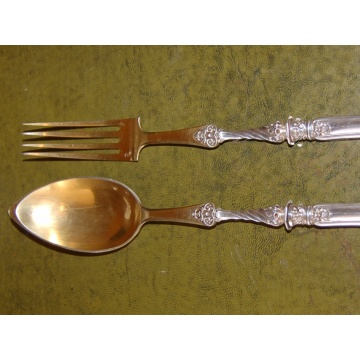 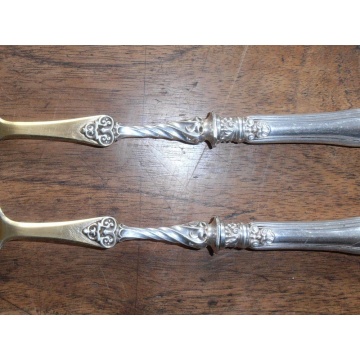 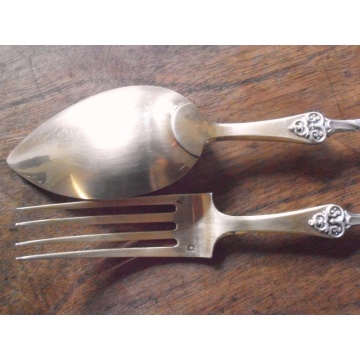 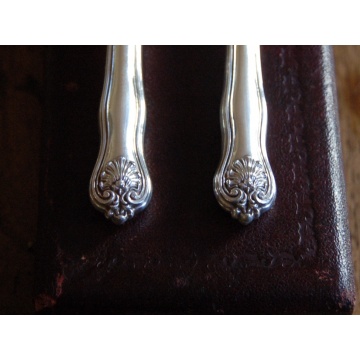 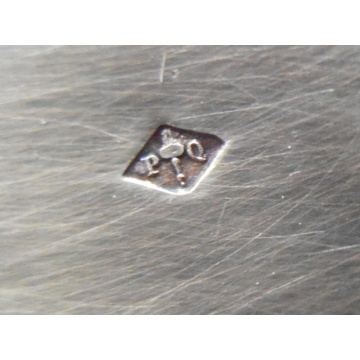 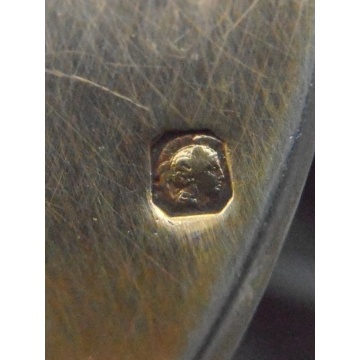 The bowl and tines are gold (18 carat) plated silver, while the handles are in silver.
That detail makes them rather rare; as usually salad service sets had either carved horn or ivory tines and bowl.
The handles are beautifully worked in a neo gothic style with a delicately twisted middle part and a floral scroll at the beginning of the bowl and tines.
The end of the silver handles showcases a lovely seashell design which is found also higher up on the handle.
All is all, a lovely piece very different then what we are used to seeing around!
Set in their original presentation box, they are in great condition!

The Makers Mark is for Pierre Francois QUEILLE. His mark was registered on October 23rd 1834. The Makers Mark showed a P and a Q separated by an Antique Oar.

He started a dynasty of Silversmith in 1834 and stayed in business from 1834, to the 27th of November 1846 (Date his mark was cancelled) ,
Pierre Francois QUEILLE had his shop/worshop at ’70 Rue du Faubourg Montmartre in Paris’.
He left over his practice to his son Eugene QUEILLE who moved shop to ‘8 Rue Saint Roch Poissoniere’. He started work on February 11th 1847.
He then in turn left over his practice to his son: Pierre Francois QUEILLE who was named after his grandfather.
They moved their practice in 1874 to ’11 Rue des Petits Carreaux in Paris’.
Their production was sold by other Master Silvermiths as well, and they collaborated with several bigger names as the House of ODIOT and the House of FROMENT MEURICE!
Their House stopped production in 1930.