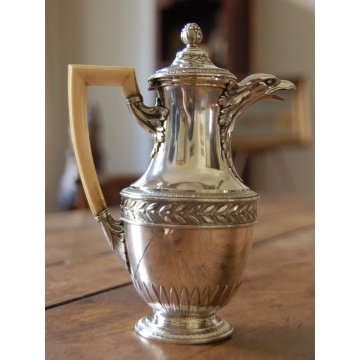 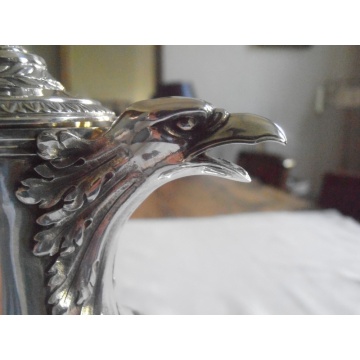 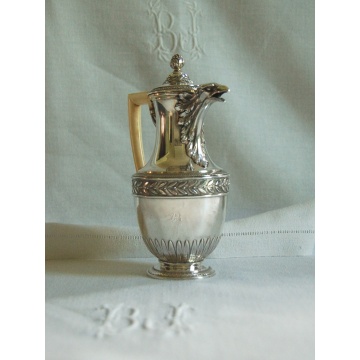 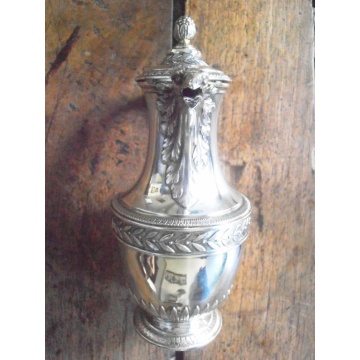 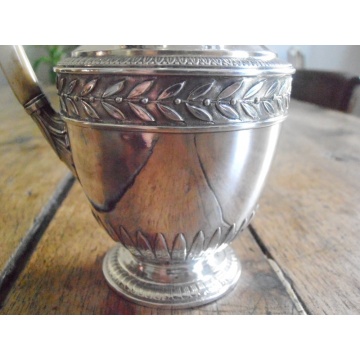 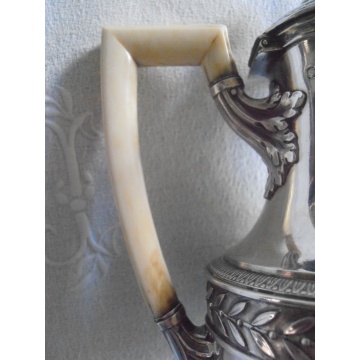 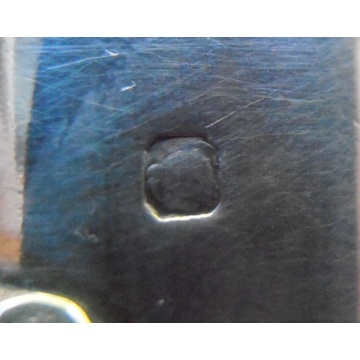 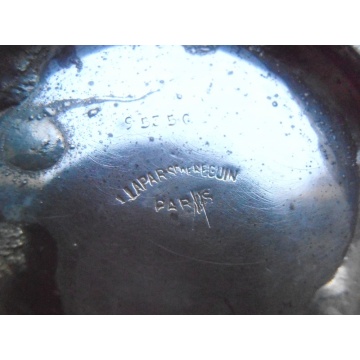 This is an incredible piece which I have never seen the likes before.

Indeed the eagle head is often used by French Silversmiths, but not in this way. Here the whole head including the neck and feathers is used to re create the spout in a gorgeous and very detailed way!
The other rather rare detail is the handle which is entirely carved in Ivory and shaped Empire style. The body of the pot itself is decorated with a beautifuly rendered gadroon of Laurel leaves in the upper register and with another ornamental relief in convex reeding at the base of the Pedestal.

The Finial, or ‘Frétel’, is in the form of a pine nut, while the edges of the lid reproduce the same leaf designs as on the body of the pot. The Pedestal is round and decorated with carved acanthus leaves.
The piece is absolutely exquisite, and can serve up to 3/4 expressos.
The width given above is taken at the handle- The Handle cannot be removed hence the weigth given includes it.

The Makers Mark is for LAPAR and BEGUIN which operated in the 18oo’s.  The Mark shows the name of the Maîtres Orfèvres. Louis LAPAR took over the workshop from Louis BEGUIN. His mark was in sculpted on february 1878 and canceled in July 1897. His address was first listed as 16 Rue de Choiseul, then 25 Rue de Choiseul in Paris located two streets away from the Paris Opera House.