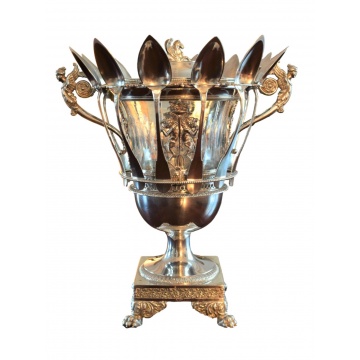 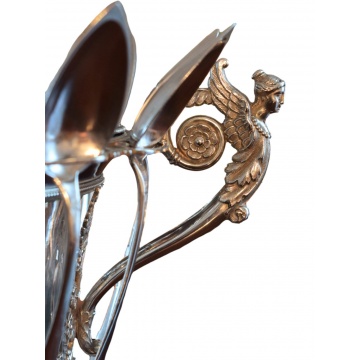 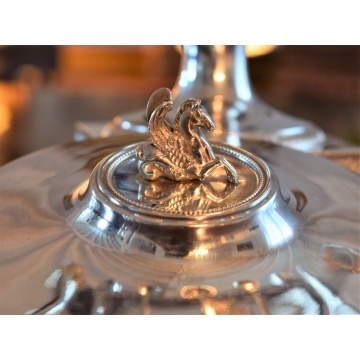 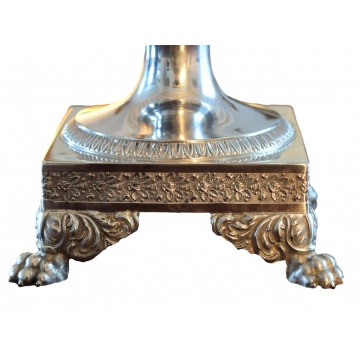 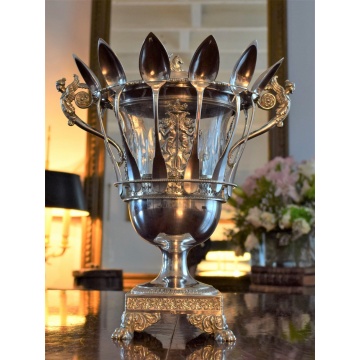 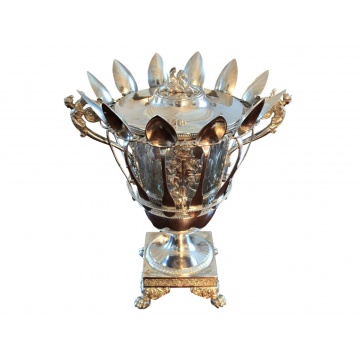 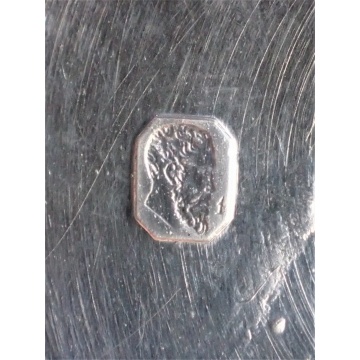 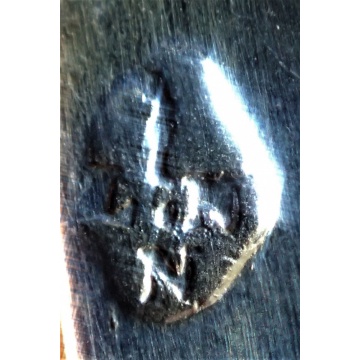 Though the name indicates a connotation of Jam, it is actually a magnificent Sugar bowl with its individual spoons around it.
This lovely Ceremonial Sugar bowl imitates the shape of the Medici Vase. It houses a cut Crystal interior, and rests on a square base with four lions claws feet decorated with scrolls and foliage.

In the form of a Medici vase with a cut crystal interior resting on a square base with four claw feet with scrolls.
A frieze of water leaves runs along the edge of the circular pedestal and the edge of the lid and is found again halfway up the body.
Five pearl friezes also punctuate the decoration.
The openwork body has four tableaux. Two in the form of matching torchères with satyrs with angels’ heads back-to-back, and two decorated with foliage and flowers.
Form the side tableaux stem the beautiful Scrolled handles that take the shape of Winged Caryatides.
The lid is topped by a Ketos, or Hippocampus, a winged horse, that in Mythology was the Son of Pegasus and a daughter of the Tritons!
The edge of the frame has an openwork network allowing twelve spoons to slide in.
The Particularity of these pieces, is that the Maître Orfèvre who did the main object, did not create the spoons…The spoons were always ordered from a Cuilleriste (Or Spoon Maker) who specialized in them.
The twelve spoons share the same ‘Poinçon au Vieillard or Michael Angelo Hallmark. The Spoon Maker was Charles Salomon MAHLER.

The Makers Mark is for LN Naudin or Naudin Fils.
It shows his initials are separated by a Leg.
His marked was registered in 1812, under number 1558 in Paris.
His workshop was located 24 Place de Thionville in Paris.