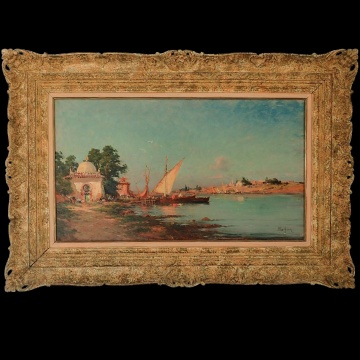 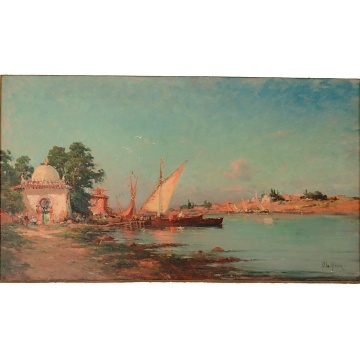 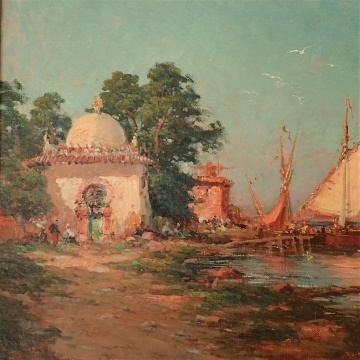 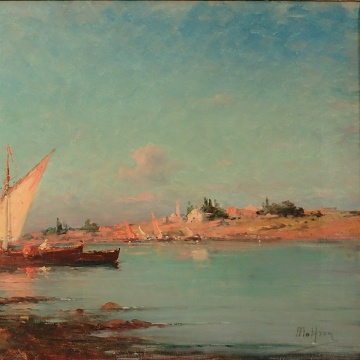 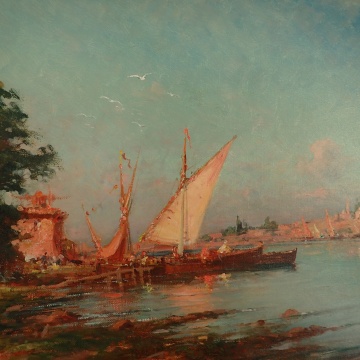 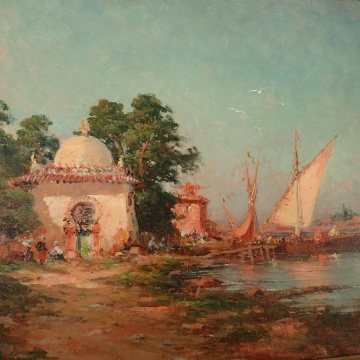 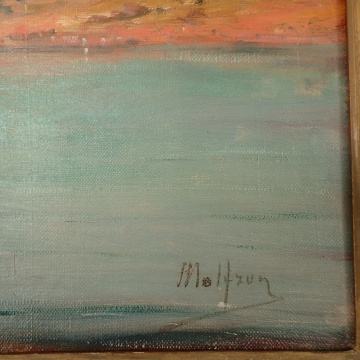 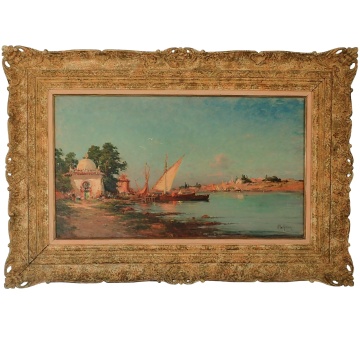 A Beautiful Oil on Canvas Painting representing Sailboats on The Nile in Egypt by Charles Malfroy.

In this large format, traditional for seascapes, Charles MALFROY transports us to the shores of the Nile with oriental fragrances.
The shore, animated by numerous figures, seems to be a place of trade where boats come to unload their merchandise, in contrast to the opposite coast which seems much calmer and deserted.

In this magnificent composition, the artist has placed in the lower left corner of the foreground, a large, shaded area from which light seems to be streaming in and illuminating the buildings and the boat’s sail.
The felucca and it’s so-called Nilotic Sail, a traditional boat of the traffic on the Nile, is placed in the center of the work, as if to outline its importance to trading in Egypt.
In the distance, several of these boats are seen in movement, their sails billowing in the wind.

Charles Malfroy is a perfect representative of the so-called “seascape” painting school, which consists in the representation of harbor views from a low point, according to a tradition born in Holland in the 17th century.
It is in his post-Impressionist style that Charles Malfroy expresses all the mastery of his art.

He knows how to take advantage of his talents as a colorist to render atmospheric effects with incomparable virtuosity, reproducing with great accuracy the sky and water in cheerful tones.
From his gaze to his brushes, with an elevated touch, he renders with a certain ease, the lights of the Mediterranean marked by an almost unreal clarity.

Born in 1862 in Lyon, he set up his studio in Martigues, near Marseille, where he remained until the end of his days. This situation allowed him to better understand and capture the luminosity so characteristic the Mediterranean coast.

Oil on canvas signed in the lower right corner, in a Montparnasse frame of the period.