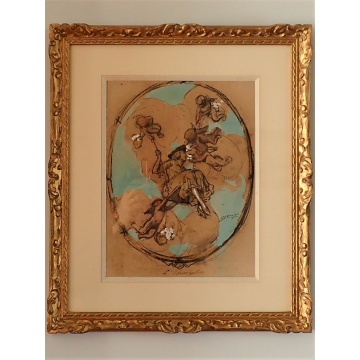 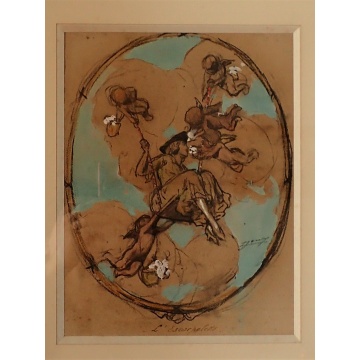 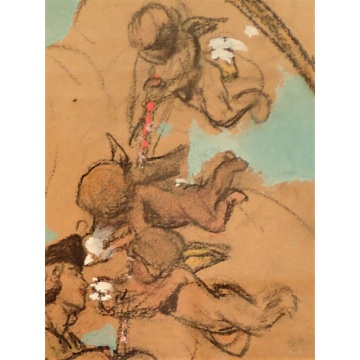 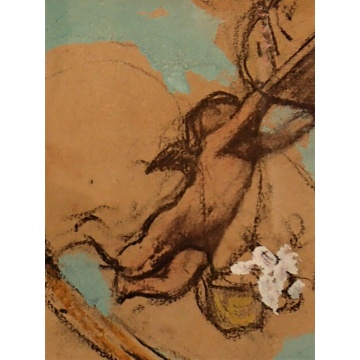 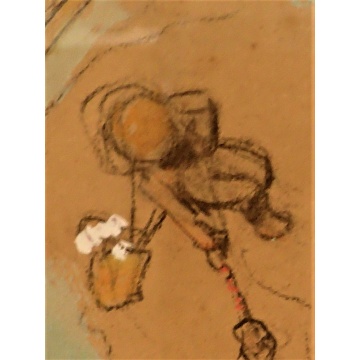 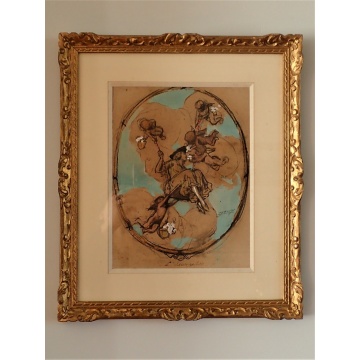 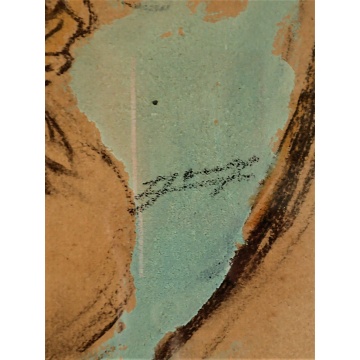 Charcoal And Gouache Painting Of l’Escarpolette By Louis Hector JONAS.

Inspired by the Francois Boucher painting this lovely Charcoal and Gouache work was originally a project for a ceiling.
It represents a young lady playing on a swing held up by rose ribbons, pushed by four playful cherubs.
Dressed in 18th century clothes it is typical of the Boucher school.
The Painting is signed on the lower right hand corner by Jonas.

Louis Hector Jonas who was born on April 8, 1880 in Anzin.
In 1899, he entered the School of Fine Arts in Paris. In 1900, he was finally admitted and, throughout his school years, he began developing a reputation for his work. He became a member of the Society of French Artists in 1901. Around 1902, Jonas also worked in Albert Maignan’s studio and the two formed a lifelong friendship.

At the same time, he met Henri Harpignies, who took Jonas on as his protégé.
He won a silver medal at the Salon of 1905 and three other prizes – the Chenavard, Trémont and Stillmann awards – encouraged him even more.
Jonas won the second Grand Prix of Rome in 1905 (the first prize is not awarded that year). In 1907, the king of Siam acquired one of his works, entitled ‘The Rouffions’, and hung it at the royal palace of Bangkok.
In February 1915, he was approved as the “Military Painter attached to the Army Museum”.
In 1916, he was named official painter of the French Navy. He also gained success with his murals in the Art Deco style, including in Paris (House of Central) and Valenciennes (City Hall, Chamber of Commerce). In 1926, he was named Rosati d’honneur, in 1929, he was named knight of the Legion of Honor.
1933 was the beginning of his collaboration with the Bank of France for the creation of banknotes, including the 10 franc Minor and 20 franc Fisherman.
In 1945, at the Salon des artistes français, he was awarded the medal of honor for painting a fourteen-meter-long fresco comprising some one hundred and twenty characters, entitled ‘Furor Teutonicus’.
Lucien Hector Jonas died on September 20, 1947 in Paris, France.

This charming work was purchased in Versailles in 2018.