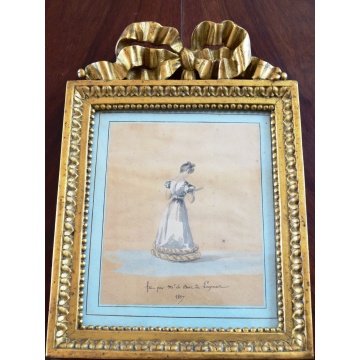 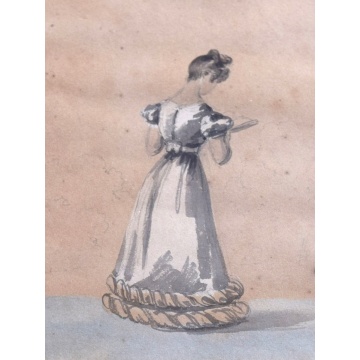 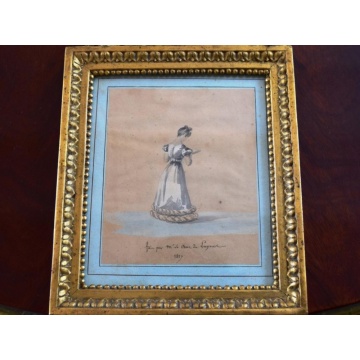 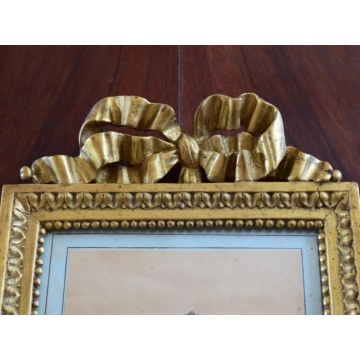 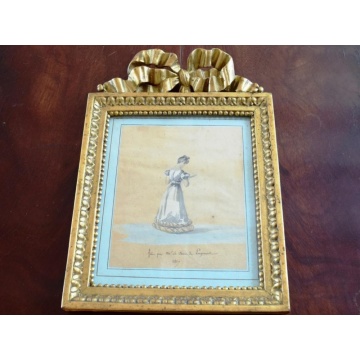 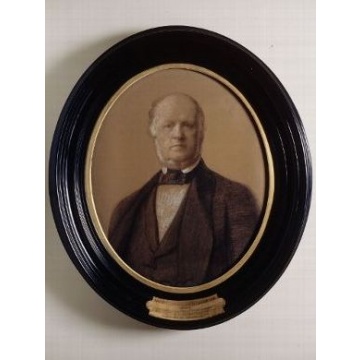 Charming Antique French Pencil Drawing by the Duke Of Luynes~Sold~

A charming Antique French Pencil Drawing by the Duke Of Luynes,
The drawing shows a yound woman walking while reading a book.
The lead pencil drawing is further detailed by a brown and gray wash, with a few white highlights.

The drawing is beautifully framed in a Louis XV gilt wood frame with a lovely decor of pearls topped by a ribbon.

The artist deserves a little historical background.
Honoré Théodore Paul Joseph d’Albert, Duke of Luynes was born in Paris December 15th of 1802, the heir to one of the rare aristocratic families to have survived with their wealth and properties close to intact, despite the French Revolution and the subsequent change of regime.

Well aware of his fortune and his historical lineage he settled on exploiting his fortune for the betterment of history and the generations to come. He was in that aspect the perfect son to parents who had given him a very frugal upbringing, schooling him to the humanitarian needs of the population in France and the surrounding countries, and giving him a extensive background in Art and Archaeology.

The young Honoré d’Albert would soon develop a pronounced taste in art and a recognized ability in drawing and painting.
His talent was much admired by a distant parent Sosthéne de la Rochefoucauld who, in 1824, recommended him as curator to the Louvre Museum.
Luynes was subsequently put in charge of the Egyptian and Greek collection in the Louvre.
He would later be the one to allow Auguste Mariette the budget for the excavation of the Sphinx in Gizeh.

By 1827, which is the date of our lovely drawing, the Duke Of Luynes had decided to give his resignation to the Louvre and pursue an independent career in Archaeology as well as Art.
He would go on to explore and excavate Metapontum in Italy, a city founded in the VII century BC.
From there his forays into Art and Archaeology never ceased, taking him to Greece and Egypt as well of course as numerous times to Italy.
A philanthropist as well as a patron of the Arts he created several foundations and sponsored many archaeological expeditions.

He acquired an impressive and eclectic collection which he donated to the Museum by 1862.
In 1867 he left for Italy to stand along the Popes army against Garibaldi, it was there, in Rome that he passed away.