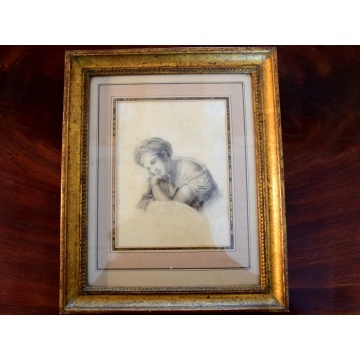 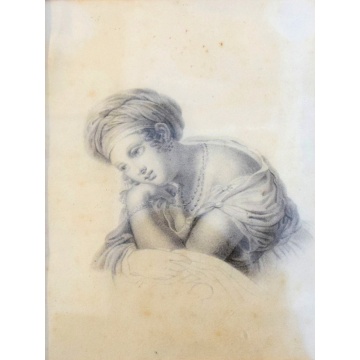 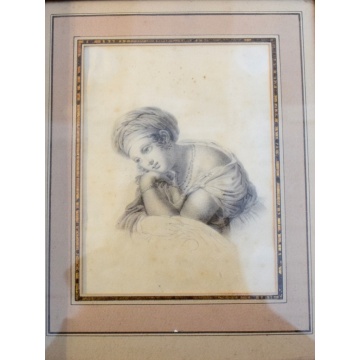 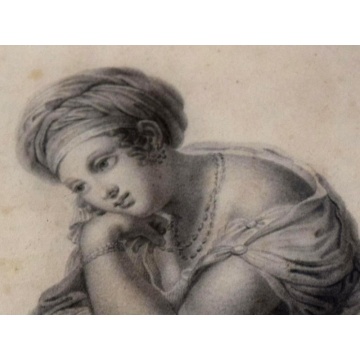 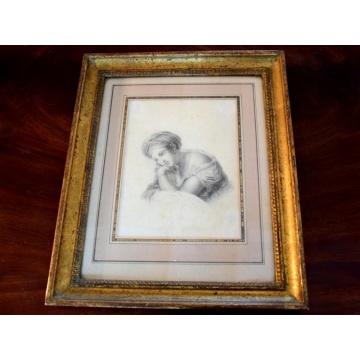 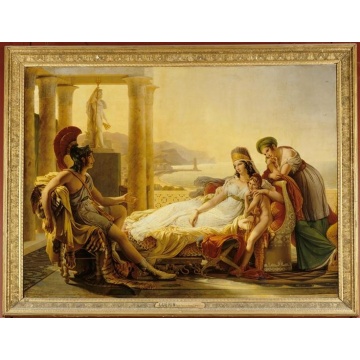 Or ‘Didon’s Maid listening to Enee talking about the fall of Troy’.
This charming Lead Pencil drawing shows a daintily depicted woman with her head resting on her hand pensively.
The drawing is attributed to Pierre Narcisse, Baron Guerin.

Pierre Narcisse, Baron Guerin, was born in 1774 in Paris and died July 16th 1833 in Rome.
A French painter and drawer he was also Art teacher to both Eugene Delacroix and Theodore Gericault.
He won the Prix de Rome in 1797 and specialized in historical pieces, mostly very melodramatic and very detailed.
His best painting was considered to be ‘Enée racontant à Didon les malheurs de la ville de Troie’ which he created in 1817.
From 1816 to 1822 he taught painting at the Beaux Arts in Paris then was selected to direct the ‘Académie de France’ in Rome from 1822 to 1828.

The drawing we are showcasing is a drawing of one detail of the main painting (see photo # 6 – upper right hand corner).
Enee a prince of Troy and son of the goddess Aphrodite flees the burning city with his father and son, and arrives in Cathagena where he is welcomed by the Queen Didon.
Guerin’s painting depicts the hero telling the story of Troy to the Queen with her servant reclines on her seat.
The detail of our drawing shows a close up of the servant, which is beautifully rendered in lead pencil.
The frame is original, early 19th century, gilt wood.