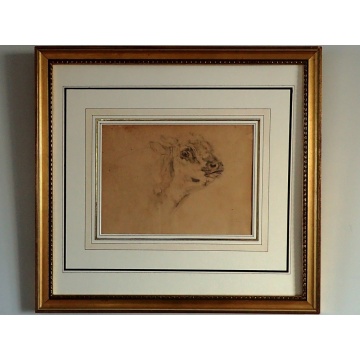 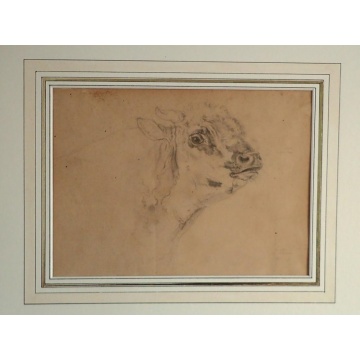 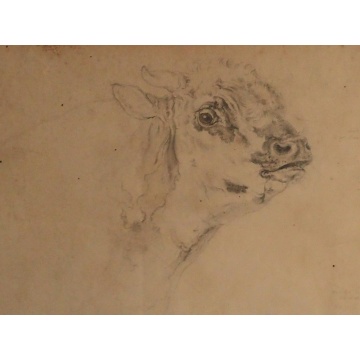 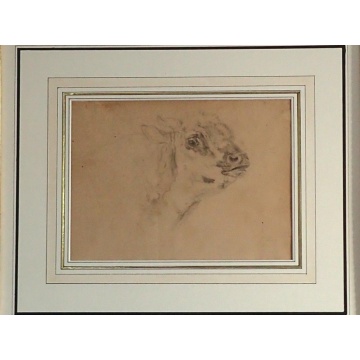 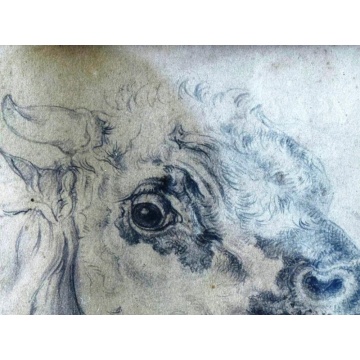 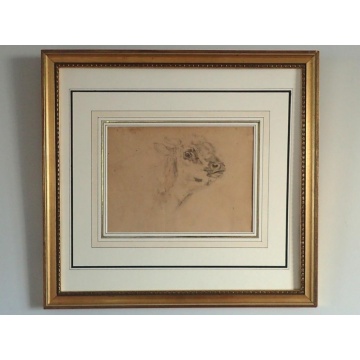 We fell in love with the startled look in this masterfully executed calf’s head!
The drawing is incredibly life like with the light reflecting in the beautifully executed eyes.
The nostrils seem to open up to flare the stranger that has crept up on him….
The curled hair on the forehead as well as the way the small horns curl is typical of Jacques Raymond Brascassat’s style of drawing.

It is very much to be likened to the painting done by Brascassat and on show in his namesake Museum in Reims of a ‘Taureau a Robe Blanche et Noire’.

Jacques Raymond BRASCASSAT was born in Bordeaux in August 1804 and passed away in Paris in February 1867.
He was a French painter and printmaker.
After studying at the Ecole des Beaux Arts he went on to spend 4 years in Italy and Rome, before returning to exhibit his paintings in Paris between 1831 and 1835
Subsequently he dedicated his art to animal paintings in which he thrived.

Charles Francois DAUBIGNY would become his pupil among others.

Brascassat is buried in the Montmartre Cemetery in Paris.