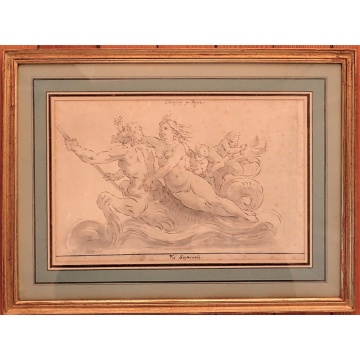 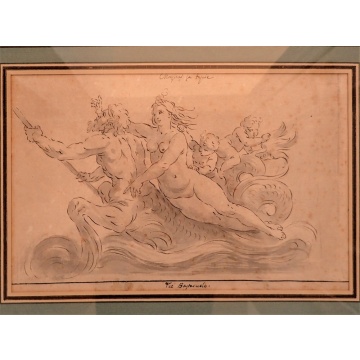 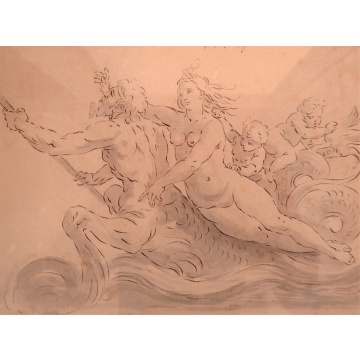 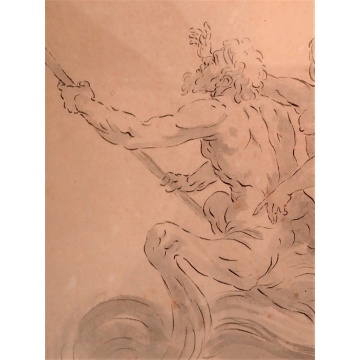 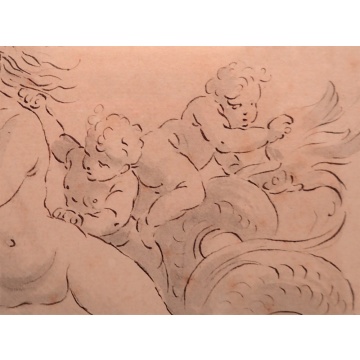 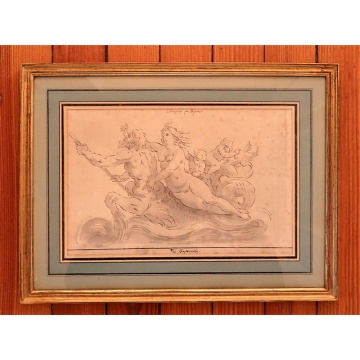 Charming Drawing Of Neptune And Amphitrite By Lafage~Sold~

A Charming Ink Drawing Of The Triumph of Neptune and Amphitrite by Raymond Lafage.

Sometimes mistakenly referred to as Raymond De Lafage or De La Fage and a famous 17th century draughtsman and engraver, Raymond Lafage was born in Lisle-sur-Tarn in 1656 and died in Lyon in 1684 at the age of 28. The Museum of Lisle-sur-Tarn bears his name.
Legend has it that he died from a donkey fall while entering an inn; his head would have violently hit the lintel of the inn and led to his death.
Despite the brevity of his existence, this artist gained international fame. Some of his works can be found in buildings or museums in several cities in France, but also in Europe and in private collections in the United States. Inspired by mythology, Raymond Lafage excelled in bacchanal representations where the ardor of his strokes underlined the art of movement.

Lafage was a pupil of Jean-Pierre Rivalz in Toulouse. Yet his talent and ambitions soon drew him to Paris, an artistic centre that had been in full expansion since the creation of the royal academy in 1648. Raymond Lafage entered the Royal Academy where he proved to be a brilliant student and his results allowed him to obtain a pension from the king to go to Rome, where he would win the 1st prize of the Academy of St Luke for his drawing “Moses saved from the waters”.
Following this triumph he returned to France, but his refusal to work on painting limited his studies and his success.

Yet a few collectors become faithful buyers and regular sponsors, and his reputation was quickly rebuilt and grew all the more after Lafage met the one who would remain his friend until his untimely death: the Flemish engraver Jean Vander Bruggen. The latter admired Lafage’s art and immediately understood the interest they would have in working together.
In 1682, he returned to Toulouse, where he was welcomed by Jean-Pierre Rivalz, with whom he then worked on a project for the redevelopment of the town hall.
In the 19th century, his drawings were re-used as themes by potters from Toulouse who decorated series of plates with them.

In this drawing probably done as a sketch for a more complete work, we see the Triumph of Neptune and Amphitrite.
The subject is that of the triumph of Neptune, the god of the sea, and his wife Amphitrite. The two deities are depicted on a chariot drawn by sea horses. Two putti hover behind them.

The drawing is dedicated on top to Monsieur LA Tapie.